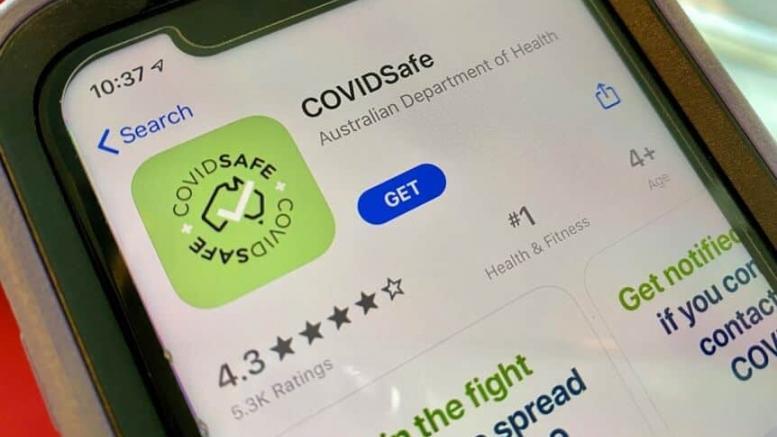 Please Share This Story!
PDF 📄
Fearful Australian citizens are eagerly downloading a smart phone app that will track them in proximity to others who have COVID-19 confirmed antibodies. If you meet such a person, you get a phone call from the government and are encouraged to get your own test.

No data is de-personalized, meaning that the government knows exactly who is exposed to whom and exactly where each person has travelled. The government says the data is 100% protected on Amazon servers located within Australian borders and that it will be deleted after 21 days. ⁃ TN Editor

The Australian government’s “COVIDSafe” app has reached over 1 million downloads in 24 hours since it was launched, said federal health minister Greg Hunt on April 27.

Hunt said that Australians had responded magnificently to the app’s launch in an interview with Sky News.

“COVIDSafe” was launched on April 26 by the health minister to help Australian health care professionals with contact tracing for the COVID-19 pandemic.

Hunt said in a joint media release on April 26, with Prime Minister Scott Morrison, Minister for Government Services Stuart Robert, and Chief Medical Officer Brendan Murphy, that “we need the COVIDSafe app as part of the plan to save lives and save livelihoods.”

He continued saying that the more people who download the app, “the safer they and their family will be, the safer their community will be, and the sooner we can safely lift restrictions and get back to business and do the things we love.”

Support From the Medical Community

Throwing its support behind the app, the Australian Medical Association’s President Tony Bartone announced the AMA believed that “COVIDSafe” would be an important way to “contain the spread of COVID-19 in the Australian community.”

Bartone also posted on Twitter that he would be downloading the app and encouraging his patients to do the same.

“COVIDSafe” is based on Singapore’s “Trace Together” app and relies on Bluetooth technology to log the connections a user makes with other phones. Then in the event that a user catches the virus all those they came into contact with can be alerted via state health authorities. All collected data is encrypted and will be deleted after 21 days.

Concerns Over the App

In a joint statement, digital privacy watchdog groups Digital Rights Watch, Human Rights Law Centre, and the Centre For Responsible Technology said the app’s source code should be published and that the government should create an independent authority to watch over the data.

This is truly frightening. To willingly have the evil one track your every move. A time will come that if people do not worship the evil one they will be killed, pure and simple. It won’t be long. People are talking about perilous times, but on a secular level because they created them. Don’t blame God, it’s not what he does. Jesus is seeking to save those who are lost. ‘And he causeth all, both small and great, rich and poor, free and bond, to receive a mark in their right hand or in their foreheads: And that no man… Read more »

If Jacob can wrestle with an Angel, we can fight evil with our means. We owe God and his son our hearts and all our spiritual force against it.

Just….WOW!!! How PATHETIC!!! And the US is NO BETTER!!! PROOF POSITIVE of the dumbing-down of humans!!!

This is…..JUST A SEASONAL FLU!!! PERIOD!!!
REAL doctors & scientists ARE speaking out to that FACT! One just has to LOOK for the info!
Today’s (4/28) Ron Paul/Liberty Report does JUST THAT (over on Commie YouTube)!!

Terrified a-spiritual unreliable useless eaters deceived into slavery like animals between the gates to the Dip = 1389.0 per minute, later to be nuked with the Satan Juice cherry on top. Curtesy of dumb or collaborator PM.
I apologise if I have offended anyone however, I still believe in freedom of speech.

The government says the data is 100% protected on Amazon servers located within Australian borders and that it will be deleted after 21 days. ⁃ TN Editor

Dear Editor, this should read

The government says that the data, 100% protected on Amazon servers located within Australian borders, will be deleted after 21 days.

a datum, the data
a medium, the media