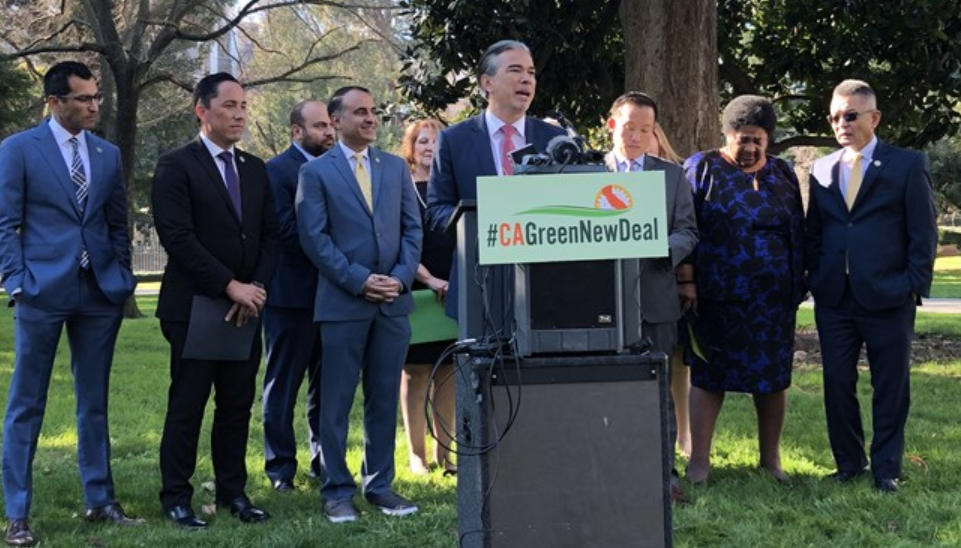 The “Great Panic of 2020” literally killed legislation designed to ensconce the national Green New Deal rhetoric in California law. Supporting legislators will not go away quietly, however, and vow to return with more bills to flip the state into Sustainable Development, aka Technocracy. ⁃ TN Editor


The author of California’s “Green New Deal” legislation, which aimed to tackle climate change with a focus on environmental, health and economic justice for low-income, immigrant and communities of color, says the COVID-19 crisis was likely the final blow for the bill this year.

“I can’t tell you it was going to be the law this year, but certainly COVID made it much more difficult,” said its lead author, Oakland Democratic Assembly member Rob Bonta.

With the legislature focusing on fewer bills because of a greatly reduced state budget, Assembly Bill 1839 didn’t get a hearing. Bonta says that meant the bill won’t continue on this year, but the ideas baked into it could remain.

“The California Green New Deal is alive and well … I thought it was important for us to move a bill and to show that it can happen,” Bonta said. “If it can happen in the fifth-largest economy in the world, it can happen anywhere.”

Fourteen Democratic lawmakers pushed for a California Green New Deal in January. It was supposed to be bold and big, accelerating the state’s climate goals amid the threat of drought, sea-level rise and deadly wildfires. Many environmental advocates valued the broad bill that was supposed to get fleshed out this session because it aimed to tackle climate change equitably.

In response to the pandemic, the authors turned the bill into a California COVID-19 Recovery Deal with a focus on stimulating the economy justly as the pandemic lingers. Part of the goal was to make sure communities disproportionately impacted by climate change continue to recieve support as threats (pollution, warming, wildfires and seas level rise) to lives worsen.

The bill was a spinoff of the national Green New Deal — which was sponsored by Sen. Ed Markey (D-MA) and Rep. Alexandria Ocasio-Cortez (D-NY) — that failed to pass.

Bonta says the bill was important because it safeguards disadvantaged communities and people of color who “have been an afterthought with respect to the fossil fuel economy and the harm it caused for them,” Bonta said.

But Bonta notes just because the bill isn’t moving forward this year doesn’t mean its tenets can’t live on in legislation that moves forward.

“It doesn’t stop the values that animate and give life to that bill from continuing to exist in the other action that is happening now, including the California Economic Recovery Task Force’s Work,” Bonta said.

He says the values could live on within the state task force aimed at stimulating the economy or as part of a climate resiliency bond, AB 3256. It’s focused on economic recovery, wildfire prevention, safe drinking water, drought preparation and flood protection. The bill would authorize bonds for the November statewide ballot to help pay for costs associated with the state’s changing climate.

“You have to combine equity and support for vulnerable, disadvantaged communities with the work to address our existential threat of the climate crisis,” Bonta said.