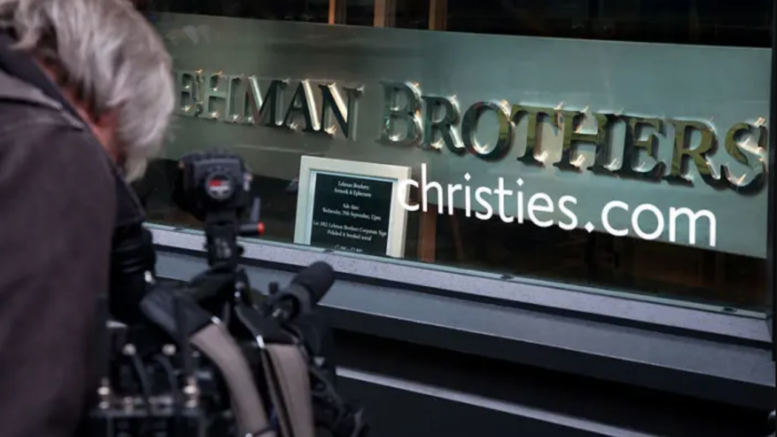 Please Share This Story!
PDF 📄
Forget old-fashioned Central Bank stimulus as experienced during the 2008 financial crisis. Watch for the entire 2020 narrative to be hijacked by Technocrats who want to resuscitate the global economy by spending taxpayer money on Green New Deal programs. ⁃ TN Editor

The world economy has had itself a start to the week, and not in a good way. The creep of COVID-19 across the world has revealed the interconnected nature of just about everything, particularly global markets.

An oil price war triggered a massive stock market crash around the world. The S&P 500 contracted more than 7 percent in response, continuing a monthlong dip and triggering a 15-minute timeout because apparently traders are like kindergarteners. Other markets experienced similar drops. If you’ve got stonks or a 401(k), this is bad news. If you want to transition away from fossil fuels and build a climate-resilient, fair economy, well, this also isn’t exactly good news. But there is a major opportunity facing governments as they try to deal with the coronavirus fallout.

Allow me to explain, but with the caveat that a global pandemic is horrible, full stop. People are suffering, and the threat of this becoming much worse before it gets better is very real. The resultant drops in oil use and carbon emissions or the loss of oil jobs we’re about to talk about may be a relief to the planet, but they come at the very high cost of human life.

The threat of things getting worse is precisely what could drive a recession. The drop in oil prices is making it suddenly unprofitable to frack for oil and gas in places like Bakken Shale in Montana and North Dakota or Eagle Ford in Texas. That puts workers at risk of losing their jobs, and it also causes the U.S. economy as a whole to wobble a little closer to recession territory because we’ve become so dependent on the oil industry. The Wall Street Journal notes that up to half of public fracking companies could go belly-up if oil prices stay this low. There’s also a number of other issues, like the industry taking on heavy debt, that I won’t get into, but you should read this excellent Slate summary if you want an overview.

The Trump administration has responded by reportedly considering a bailout for these companies. This is, to put it politely, absolutely fucking ridiculous (which of course means the administration will almost certainly move forward on it). It encourages risky behavior by CEOs and props up an industry that has done an amazing service to everyday Americans but needs to be wound down. A bailout would put that off and make the actual crash much harder at the end, especially since fossil fuel companies have a pretty dismal record of actually caring for workers when the bottom drops out (See: coal).

“We know capitalism is bad at managed declines,” Mark Paul, an economist at the New College of Florida and senior fellow at Data for Progress, told Earther. “Managed declines don’t quite exist in the market system, and so the question is, who’s going to stand in and protect these workers?”

The answer is clearly not the Trump administration. But it should, in theory, be a potential Democratic president, should one win the White House in November. Whether Trump bails out the fracking industry or not, now is an unprecedented opportunity to help ensure a just transition away from oil and usher in a prosperous clean energy economy. Because oil prices aren’t the only thing dropping. Treasury bond yields—basically an avenue for the government to borrow money—have cratered to historic lows. These are safe assets investors turn to in times of market chaos like the current one.

Go to now, ye rich men, weep and howl for your miseries that shall come upon you. Your riches are corrupted, and your garments are motheaten. Your gold and silver is cankered; and the rust of them shall be a witness against you, and shall eat your flesh as it were fire. Ye have heaped treasure together for the last days. Behold, the hire of the laborers who have reaped down your fields, which is of you kept back by fraud, crieth: and the cries of them which have reaped are entered into the ears of the Lord of Sabaoth.… Read more »