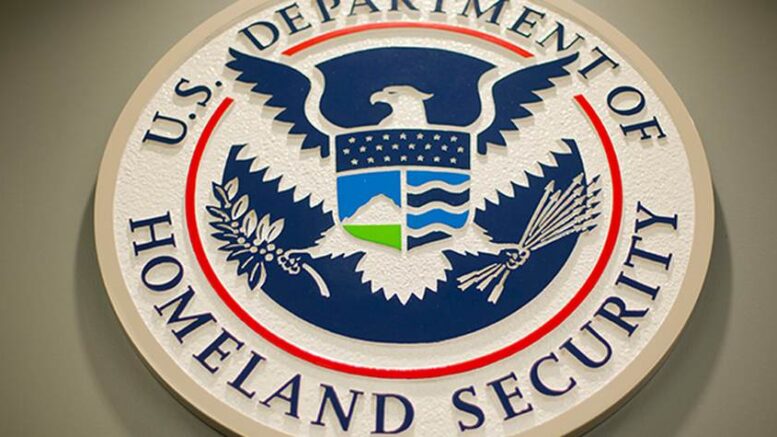 Please Share This Story!
PDF 📄
As fast as you can say “Ministry of Truth” from Orwell’s Nineteen Eighty-Four, it shows up just like that. The DHS has never limited it activities to foreign targets, and will certainly turn this into an official instrument of government censorship. The Ministry of Truth had three slogans: WAR IS PEACE, FREEDOM IS SLAVERY and IGNORANCE IS STRENGTH. ⁃ TN Editor

The ink isn’t even dry on Elon Musk’s deal to buy Twitter and make speech free again, and the authoritarians in the Biden administration are nakedly acting to lock down the flow of information. The Department of Homeland Security (DHS) is creating a new agency called the Disinformation Governance Board.

DHS is standing up a new Disinformation Governance Board to coordinate countering misinformation related to homeland security, focused specifically on irregular migration and Russia. Nina Jankowicz will head the board as executive director. She previously was a disinformation fellow at the Wilson Center, advised the Ukrainian Foreign Ministry as part of the Fulbright Public Policy Fellowship and oversaw Russia and Belarus programs at the National Democratic Institute. (h/t Daniel Lippman)

Why would a DHS program focus solely on “irregular migration and Russia”? Are there no other threats to the homeland about which someone might mislead us? Or are these just the most politically dangerous narratives for the Left to lose control over?

DHS secretary Alejandro Mayorkas revealed the creation of the new Ministry on Wednesday when speaking with the House Appropriations DHS Subcommittee, in a clip posted by the Post Millenial. When asked what the DHS is doing about an assertion that African Americans and Spanish-speaking Americans are being “heavily targeted” for disinformation, Mayorkas mentioned:

Our Undersecretary for Policy, Rob Silvers, is co-chair with our Principle Deputy General Council, Jennifer Daskal, in leading a just recently constituÿyted misinformation, disinformation governance board.

The goal is to bring the resources of the department together to address this threat. I just read a very interesting study that underscores the importance of the point that you make, of the spread of mis and disinformation in minority communities specifically, and we are focused on that …

Nina Jankowicz, who will head the board as executive director, has an extensive, swampy background in the area of “disinformation” as well as the geopolitical interface between Russia and Europe. Her bio for Syracuse University, where she is an adjunct professor, reads in part:

Jankowicz’s expertise spans the public, private and academic sectors. She has advised governments, international organizations and tech companies; testified before the United States Congress and European Parliament; and led accessible, actionable research about the effects of disinformation on women, minorities, democratic activists and freedom of expression around the world.

Jankowicz has extensive media experience, with writing published in many major American newspapers and magazines, including The New York Times, The Washington Post and The Atlantic. She is a regular guest on major radio and television programs such as the PBS Newshour, CNN’s Fareed Zakaria GPS and Amanpour, the BBC World Service, and NPR’s All Things Considered.

Clearly, the Left is very worried about black and Hispanic Americans hearing anything contrary to the party line.

Additionally, states the bio, “In 2016-17, [Jankowicz] advised the Ukrainian Foreign Ministry on disinformation and strategic communications under the auspices of a Fulbright-Clinton Public Policy Fellowship. Prior to her Fulbright grant, she managed democracy assistance programs to Russia and Belarus at the National Democratic Institute.” Just the person to make sure only approved information reaches Americans, as the administration fumbles us closer to war every day while assuring us that news about Hunter’s Ukrainian lucre is merely Russian misinformation.

Jankowicz has written two books, How to Lose the Information War and How to Be A Woman Online. In a pinned tweet pimping her newly released second book, Jankowiz lets her inner misandry loose and writes, “Men ‘burst violently into your mentions and your life like the Kool-aid man, demanding your attention, hawking opinions that they believe are unarguably, manifestly correct and indispensable.’”

Earlier on Wednesday, Jankowicz tweeted an announcement of her new role:

Cat's out of the bag: here's what I've been up to the past two months, and why I've been a bit quiet on here.

Honored to be serving in the Biden Administration @DHSgov and helping shape our counter-disinformation efforts. https://t.co/uN20vl7qqV pic.twitter.com/JEn4FqLdck

DHS Setting up New ‘Disinformation Governance Board’ - All View News