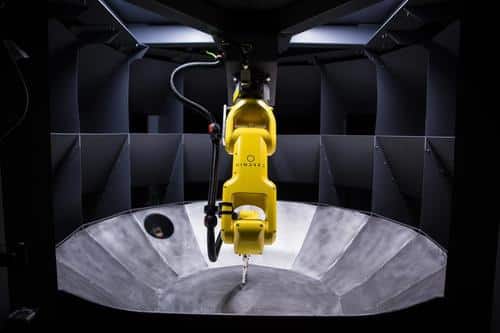 Please Share This Story!
PDF 📄
The higher the employee labor cost, the higher the incentive to replace him with a robot. The Technocrat mind describes the challenge: “We have to solve the problem of getting rid of people and replacing them with machines.”  ⁃ TN Editor

Amazon, which announced a $15 minimum wage bump for 250,000 employees last week, is developing a fleet of “picking” robots to staff its warehouses, known as fulfillment centers, according to citing three people with knowledge of the work.

Warehouse pickers grab items from shelves and put them into bins before they are prepped and shipped. The new robots will be able to visually identify items as they speed down a conveyor belt, then pick them up with a compressed-air vacuum gripper before moving them onto a table or shelf – said an employee who witnessed the robot in action.

That said, our future robot overlords aren’t quite ready for prime time.

For its part, Amazon says picking robots aren’t yet ready to handle the huge variety of items in Amazon fulfillment centers, with their different shapes, weights and sizes. In an emailed statement, Brad Porter, vice president and distinguished engineer at Amazon Robotics, said human pickers are also much better at spotting problems such as a leaking jug of laundry detergent before it is shipped to a customer.

“We regularly look at our operations and evaluate how we can bring technology to create new solutions for employees,” said Mr. Porter. “When it comes to using robotic manipulation for item picking, while we’re encouraged by the work in the research community, the simple fact is the current state of the art is not capable of handling the diversity of Amazon’s product selection.” –The Information

Amazon began using automation in its fulfillment centers six years ago. During the same period, they have hired over 300,000 employees worldwide. Of the company’s 185 fulfillment centers, over 25 of them, or around 14%, utilize robots.

In recent years, strong growth in warehouse jobs has been accompanied by headlines criticizing various companies for low pay and disgruntled employees. Thanks to low unemployment, Amazon has found it increasingly difficult to attract workers – hence the wage increases. All of this means a more expensive workforce, which is a major reason for the push to replace humans with robots.

In 2012, Amazon acquired robotics startup Kiva Systems for $775 million, as Amazon’s warehouses are well-suited to repetitive tasks. That said, ” in a setting like an Amazon warehouse machine-learning algorithms must advance significantly so the machines can recognize the appropriate items they need to select from an array of objects,” according to The Information, which adds that there is “little doubt among academic researchers and engineers that those hurdles will eventually be overcome. That could have profound implications for jobs, as online commerce continues to devour more of the retail business.”

Amazon has previously sought to encourage innovation in picking robots with an annual contest, in which participants would compete to develop robots that could perform tasks such as grasping items and placing them on shelves. Amazon awarded $270,000 in prizes to winners of its 2017 robotics challenge. Most contestants came from academia, as opposed to startups.

Amazon didn’t hold the event this year, and instead has shifted its focus to funding proposals in academia through its Amazon Research Awards program, said a person close to Amazon. –The Information

Getting into the picking scene

Online retailer JD.com, meanwhile, has announced plans to conduct a December “picking challenge” of its own in Tianjin, China. The company boasts a fully automated fulfillment warehouse in Shanghai run by a skeleton crew of humans whose job it is to monitor and maintain the machines.