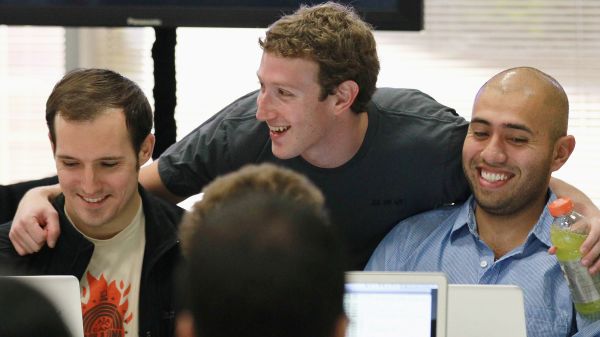 Please Share This Story!
PDF 📄
There are a number of factors, including culture, peer-pressure and job evaluation processes, all of which spin into an internal echo-chamber that produces the Technocrat group-think that so angers outsiders. ⁃ TN Editor

At a company-wide town hall in early October, numerous Facebook employees got in line to speak about their experiences with sexual harassment.

The company called the special town hall after head of policy Joel Kaplan caused an internal uproar for appearing at the congressional hearing for Judge Brett Kavanaugh. A young female employee was among those who got up to speak, addressing her comments directly to COO Sheryl Sandberg.

“I was reticent to speak, Sheryl, because the pressure for us to act as though everything is fine and that we love working here is so great that it hurts,” she said, according to multiple former Facebook employees who witnessed the event.

“There shouldn’t be this pressure to pretend to love something when I don’t feel this way,” said the employee, setting off a wave of applause from her colleagues at the emotional town hall in Menlo Park, California.

The episode speaks to an atmosphere at Facebook in which employees feel pressure to place the company above all else in their lives, fall in line with their manager’s orders and force cordiality with their colleagues so they can advance. Several former employees likened the culture to a “cult.”

This culture has contributed to the company’s well-publicized wave of scandals over the last two years, such as governments spreading misinformation to try to influence elections and the misuse of private user data, according to many people who worked there during this period. They say Facebook might have have caught some of these problems sooner if employees were encouraged to deliver honest feedback. Amid these scandals, Facebook’s share price fell nearly 30 percent in 2018 and nearly 40 percent since a peak in July, resulting in a loss of more than $252 billion in market capitalization.

Meanwhile, Facebook’s reputation as being one of the best places in Silicon Valley to work is starting to show some cracks. According to Glassdoor, which lets employees anonymously review their workplaces, Facebook fell from being the best place to work in the U.S. to No. 7 in the last year.

But employees don’t complain in the workplace.

“There’s a real culture of ‘Even if you are f—ing miserable, you need to act like you love this place,'” said one ex-employee who left in October. “It is not OK to act like this is not the best place to work.”

This account is based on conversations with more than a dozen former Facebook employees who left between late 2016 and the end of 2018. These people requested anonymity in describing Facebook’s work culture, including its “stack ranking” employee performance evaluation system and their experiences with it, because none is authorized by Facebook to talk about their time there. This stack ranking system is similar to the one that was notoriously used by Microsoft before the company abandoned it in 2013, the former Facebook employees said.

Former employees describe a top-down approach where major decisions are made by the company’s leadership, and employees are discouraged from voicing dissent — in direct contradiction to one of Sandberg’s mantras, “authentic self.”

For instance, at an all-hands meeting in early 2017, one employee asked Facebook Vice President David Fischer a tough question about a company program. Fischer took the question and answered, but within hours, the employee and his managers received angry calls from the team running that program, this person said.

“I never felt it was an environment that truly encouraged ‘authentic self’ and encouraged real dissent because the times I personally did it, I always got calls,” said the former manager, who left the company in early 2018.

The sentiment was echoed by another employee who left in 2017.

“What comes with scale and larger operations is you can’t afford to have too much individual voice,” said this person. “If you have an army, the larger the army is, the less individuals have voice. They have to follow the leader.”

In this employee’s two years at Facebook, his team grew from a few people to more than 50. He said “it was very much implied” to him and his teammates that they trust their leaders, follow orders and avoid having hard conversations.

The company’s culture of no-dissent prevented employees from speaking up about the impact that News Feed had on influencing the 2016 U.S. election, this person added.