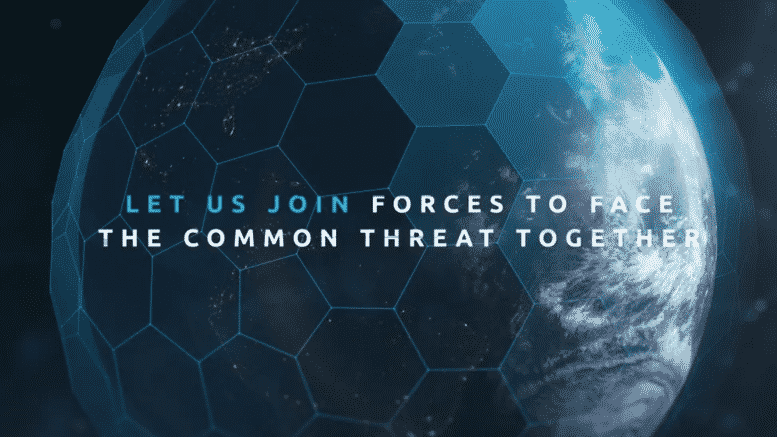 Please Share This Story!
PDF 📄
Cyber Polygon is a project of the World Economic Forum and has been likened to Event 201 that seemingly scripted the COVID-19 pandemic. Cyber Polygon focuses on the response to a global cyber event where major portions of the Internet are shut down by hackers.

This year discussions during the live-streamed conference will centre on secure development of ecosystems. With global digitalisation further accelerating and people, companies, and countries becoming ever more interconnected, security of every single element of a supply-chain is key to ensuring the sustainability of the whole system.

During the technical exercise, participants will hone their practical skills in mitigating a targeted supply chain attack on a corporate ecosystem in real time.

While Mark Zuckerberg has attended WEF meetings in Davos, Switzerland, Facebook is not a major player in the global supply chain. However, its multi-hour outage yesterday struck fear and panic into the hearts of its 2.8 billion users. Now, in a single day, the whole world understands the dangers of a massive cyber attack.

This article now makes the connection between Facebook’s global outage and a potential Pearl Harbor-like attack leveled at Big Tech. It concludes, “Unregulated and without checks and balances on their operation, big tech could be a threat to the West; this revelation is one of the important lessons of the recent outage.” ⁃ TN Editor

The impressive trajectory of the Internet age and social media’s dominance of how we get our information was put on display Monday night when Facebook and its companies – Instagram and WhatsApp – crashed worldwide.

Large swaths of the world rely on these platforms and services, which are largely unregulated by governments, to do everything: send messages, make calls, receive information and coordinate meetings and daily life.

This is not just a small part of people’s lives in the modern age. The age of the Internet has rapidly shifted power into the hands of a few large tech giants that operate as monopolies on the planes of hosting, distribution and dissemination of information.

However, they also control other networks that increasingly serve as stand-ins for phone networks.

When the Internet age began in the 1990s, it provided a radical new way for people to access information; before that there was only television and radio. The nature of the Net, interactive in ways the other two weren’t, meant that it rapidly began to inhabit a multiplicity of places in people’s lives that hitherto were not thought possible.

Soon after, the Internet provided an alternative way to watch television – streaming sites and YouTube. This quickly became true for radio and other mediums. News went online, battering major legacy media and challenging its survival. Product sales – shopping – moved online, as did the creation of portals for people to chat, message and communicate and to create virtual versions of themselves.

The most recent revolution has been the binding of these various elements under the power of big tech companies – like Facebook. What this means is that while the Internet age of the late 1990s and early 2000s was a unique free-for-all Wild West, the new age reflects more the era of the Robber Barons of the US in the late 19th century – the monopolies and trusts that came to dominate industry through horizontal and vertical integration.

Big tech companies are so large they now have gobbled up swaths of the Internet and control the way in which most information and communications flow.

AN OUTAGE like the one that occurred on Monday is not unprecedented. Various large big tech sites have crashed in the past, usually for a short time. There has also been an increase in cyber incidents over the last few years, including cyberattacks that have targeted critical infrastructure, whether in Israel, the US or other places.

The question that should be asked increasingly by governments is how they can replicate or maintain communication and major Internet systems in case of an outage among major companies that are too big to fail.

This is not an arbitrary thought experiment.

The world is entering an era of uncertainty, reflected not only in the pandemic, but also in great power competition. This is because the world order that emerged after the Cold War, which led to the global dominance of the United States, has now shifted to a league of authoritarian countries that are at odds with Washington and Western democracies.

Most of them also censor certain parts of the Internet or fear widespread citizen use of it as a whole. This includes Turkey, Iran, China, Russia and other states.

Big tech companies often must weigh the demands of authoritarian regimes to crack down on them, balancing them with their own budgets and business goals. This means, in some cases, succumbing to the authoritarians.

Aha, the hack may well be another ‘false flag’ done in conjunction with the WEF to heighten fear and make people more accepting of the implementation of even more draconian measures which restrict rights and freedoms. Possibly it’s one more iteration of the old formula which rarely fails … create a problem then provide a ‘solution’, a solution which further progresses the megalomaniacal drives of the sociopaths lusting for total control.

I agree. Facebook was started by the Deep State. To think an outage like that was an accident seems a bit naive. Feels like predictive programming for massive digital disruptions, which they can somehow twist into demanding more digital intrusion.

I mean Please Really? Cyber Event? I do believe the world could be better without Facebook. Turn it Off.

Hackers picked a real good site to shut down.
No misinformed censorship for a day.

I already canceled FB. Because of the censorship the only folks who love using the platform are grandmas with recipes and kitten videos and Democrat/Commies. The grandmas have TV still. Only the Demo/Commies suffered. But maybe this is meant to scare them.

What do we do with the sheeple when they are interrupted and not occupied with Facebook?
2,8 billion confused users walking around with big eyes and open mouth without knowing what to do? We have a big problem here.

James Corbett | China, Wall Street and the New Global Economy | Unlimited Hangout with Whitney Webb
They are all very much intertwined. Don’t be fooled.
https://vimeo.com/622202248

“… its multi-hour outage yesterday stuck fear and panic into the hearts of its 2.8 billion users.” Amazing. Struck FEAR into 2.8 billion users of FB, the controlled propaganda site? Those people surely live in a different reality than I. Had no idea it went down and don’t care. I had ups and downs with my connection throughout that day but FEAR? Who is fearful, exactly? Businesses who depend on using FB to notify customers but should not? Normies who can’t live without constant communication to verify their existence? Families who want to communicate among themselves? Fear? Weird. Just don’t… Read more »

The internet will either become more centrally controlled by government-intelligence agencies algorithms, or the internet will become more decentralized into an “InterPlanetary File System”. Either option should be great cause for concern for various reasons. What exactly the supply chain is selling you you need to question now before it’s too late. China is producing 30% of world’s goods most of which is worthless dross. There’s been overproduction of food for decades but we have aid shipments going to the “third world itholes” by DESIGN. The plan is to crush the middle class in the west and transfer all wealth… Read more »