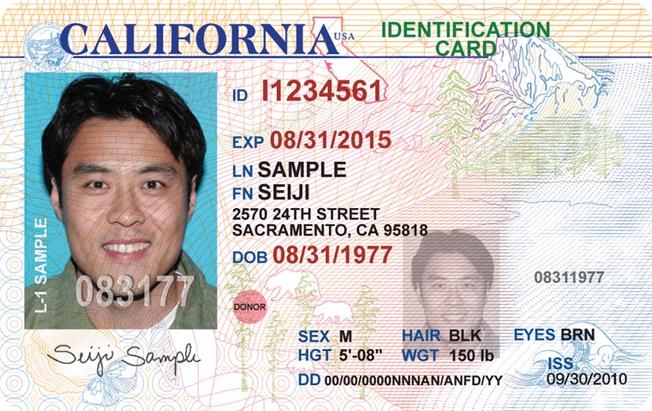 Please Share This Story!
PDF 📄
DHS implemented a national network of Fusion Centers between 2003 and 2007, that opened government access to hundreds of millions of driver photos without consent or legal authorization. ⁃ TN Editor

Agents with the Federal Bureau of Investigation and Immigration and Customs Enforcement have turned state driver’s license databases into a facial-recognition gold mine, scanning through hundreds of millions of Americans’ photos without their knowledge or consent, newly released documents show.

Thousands of facial-recognition requests, internal documents, and e-mails over the past five years, obtained through public-records requests by Georgetown University researchers and provided to The Washington Post, reveal that federal investigators have turned state Department of Motor Vehicles databases into the bedrock of an unprecedented surveillance infrastructure.

Police have long had access to fingerprints, DNA, and other ‘‘biometric data’’ taken from criminal suspects. But the DMV records contain the photos of the majority of a state’s residents, most of whom have never been charged with a crime.

Neither Congress nor state legislatures have authorized the development of such a system, and growing numbers of Democratic and Republican lawmakers are criticizing the technology as a dangerous, pervasive, and error-prone surveillance tool.

‘‘Law enforcement’s access of state databases,’’ particularly DMV databases, is ‘‘often done in the shadows with no consent,’’ House Committee on Oversight and Reform chairman Elijah Cummings, Democrat of Maryland, said in a statement.

Representative Jim Jordan of Ohio, the Oversight Committee’s ranking Republican, seemed particularly incensed during a hearing into the technology last month at the use of driver’s license photos in federal facial-recognition searches without the approval of state legislators or individual license holders.

Despite those doubts, federal investigators have turned facial recognition into a routine investigative tool. Since 2011, the FBI has logged more than 390,000 facial-recognition searches of federal and local databases, including state DMV databases, the Government Accountability Office said last month, and the records show that federal investigators have forged daily working relationships with DMV officials. In Utah, FBI and ICE agents logged more than 1,000 facial-recognition searches between 2015 and 2017, the records show. Names and other details are hidden, though dozens of searches are marked as having returned a ‘‘possible match.’’

San Francisco and Somerville have banned their police and public agencies from using facial-recognition software, citing concerns about governmental overreach and a breach of public trust, and the subject is being hotly debated in Washington. On Wednesday, officials with the Transportation Security Administration, Customs and Border Protection, and the Secret Service are expected to testify at a hearing of the House Committee on Homeland Security about their agencies’ use of the technology.

The records show that the technology already is tightly woven into the fabric of modern law enforcement. They detailed the regular use of facial recognition to track down suspects in low-level crimes, including cashing a stolen check and petty theft. And searches are often executed with nothing more formal than an e-mail from a federal agent to a local contact, the records show.

‘‘It’s really a surveillance-first, ask-permission-later system,’’ said Jake Laperruque, a senior counsel at the watchdog group Project on Government Oversight. ‘‘People think this is something coming way off in the future, but these [facial-recognition] searches are happening very frequently today. The FBI alone does 4,000 searches every month, and a lot of them go through state DMVs.’’

The moment Bush set-up Homeland Security (HLS)–what a joke, security!–anyone with any critical thinking skills whatsoever saw it was not about securing American soil against outside terrorists. HLS was about corralling the USA citizenship. To say HLS is about protection is hugh joke.

[…] FBI, ICE Turned DMV Photos Into Surveillance Behemoth What the feds are doing to totally illegal, but these agencies are rogue and enemies of the people. Notice how the 666 Surveillance System data base keeps on getting bigger and bigger! […]