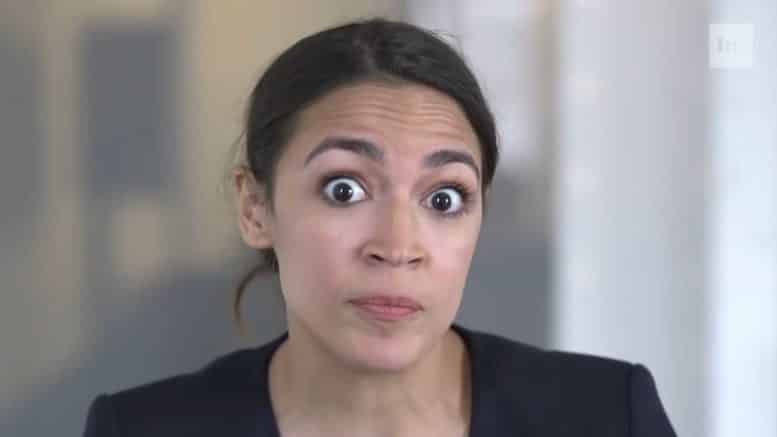 Please Share This Story!
PDF 📄
Rep. Alexandria Ocasio-Cortez felt it necessary to re-read the entire Green New Deal resolution on the House floor because too many Republicans just didn’t understand what it was. Accordingly, she stated, “I have noticed that there’s been an awful lot of misinformation about what is inside this resolution.

Presenting speculations as facts is a dangerous business. The resolution is predicated on the first four “whereas’ statements, that could have just as easily been created using a Ouija board. Given these assumptions, massive government intervention is deemed necessary to turn the industrialized world upside-down and essentially rebuild society from scratch.

Technocracy News & Trends readers will already understand that global warming is a manufactured crisis to drive the world into the resource-grabbing economic system of Sustainable Development. Although Sustainable Development is seen as a creation of the United Nations, its policies were born in the bowels of the Trilateral Commission with its “New International Economic Order” declared in 1973. For a detailed history and documentation of this, simply read my books on Technocracy.

Nevertheless, just so you have the entire Green New Deal text in your own hands, here is it repeated word for word from the Congressional record. ⁃ TN Editor

IN THE HOUSE OF REPRESENTATIVES
February 7, 2019

Recognizing the duty of the Federal Government to create a Green New
Deal.

Whereas the October 2018 report entitled ‘‘Special Report on Global Warming of 1.5oC’’ by the intergovernmental Panel on Climate Change and the November 2018 Fourth National Climate Assessment report found that—

Whereas the United States is currently experiencing several related crises, with—

Whereas, climate change constitutes a direct threat to the national security of the United States—

Whereas the Federal Government-led mobilizations during World War II and the New Deal created the greatest middle class that the United States has ever seen, but many members of frontline and vulnerable communities were excluded from many of the economic and societal benefits of those mobilizations; and

Whereas the House of Representatives recognizes that a new national, social, industrial, and economic mobilization on a scale not seen since World War II and the New Deal is a historic opportunity—

Now, therefore, be it

Resolved, That it is the sense of the House of Representatives that—

[…] Canvassing Knocked on over 3,300 doors to educate the public about Ocasio-Cortez’s Green New Deal plan. They trained over 200 organizers on how to organize around tenant’s rights and mutual aid […]