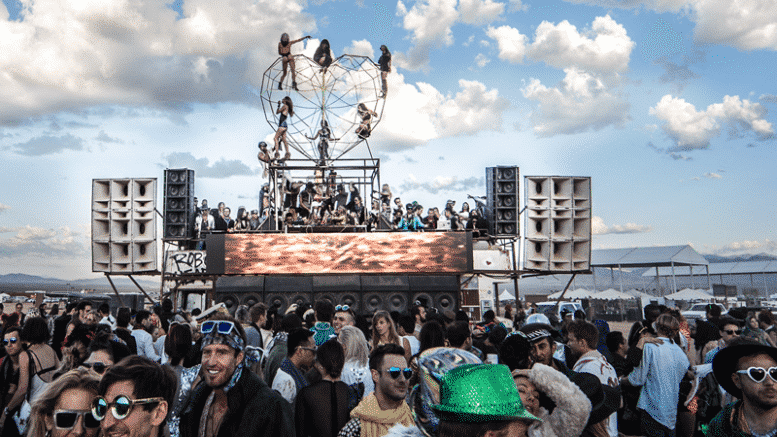 TN Note: Eric Schmidt, Chairman of Google, is an avid attendee of Further Future. He is also a member of the elitist Trilateral Commission and a leading figure in the Transhuman movement. Further Future is twisted, perverted and generally reprobate, where nudity, drunkenness and nonstop partying are rampant.

A red Ferrari with the top down swerved past on the winding dirt road, heading to what looked like a small Mars encampment. Helicopters landed on the side of the road and greeters darted across. At a farmers’ market with overflowing baskets full of raspberries, watermelons, and focaccia, I asked for a mango, and the farmer started cutting it in half for me: “That’ll be $7.” 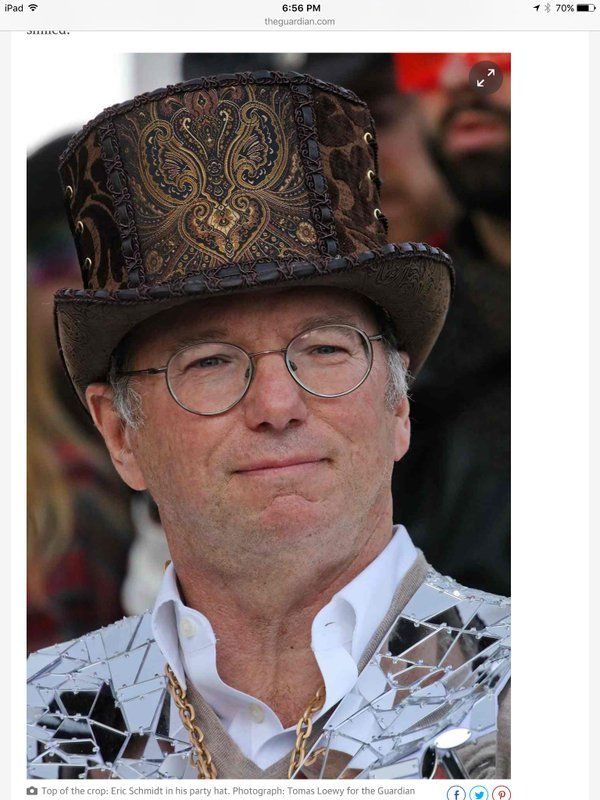 This weekend, outside Las Vegas, a group of Burning Man veterans put on a festival called Further Future, now in its second year. Across 49 acres of Native American land over three days, with around 5,000 attendees, the event was the epitome of a new trend of so-called “transformational festivals” that are drawing technologists for what’s billed as a mix of fun and education. While tickets started at $350, many attendees opted for upgrades to fully staffed accommodation and fine dining.

“It’s the Burning Man 1%,” said Charles, a documentary filmmaker with spikes pierced through his ears and a brainwave meditation startup. “It’s curated.”

Eric Schmidt was backstage leaning against a tower of palettes and wearing an ornate top hat and a vest made of mirrors. He said he was at Further Future mostly because these were his friends.

“It’s well documented that I go to Burning Man. The future’s driven by people with an alternative world view. You never know where you’ll find ideas. ”

This was the cream of the Burning Man crop, he said.

“This is a high percentage of San Francisco entrepreneurs, and they tend to be winners. It’s a curated, self-selected group of adults who have jobs,” Schmidt said. “You can tell by the percentage of trailers.”

Did they provide the costume for him?

“My own, of course. What do you think of it?” he pressed the glass panels and smiled.

There was no nudity to speak of at the event. Maybe remove that from the “TN Note” section if you want your snark to be more believable.

Go look at the pics/images that made it onto Google. Plenty of public nudity.