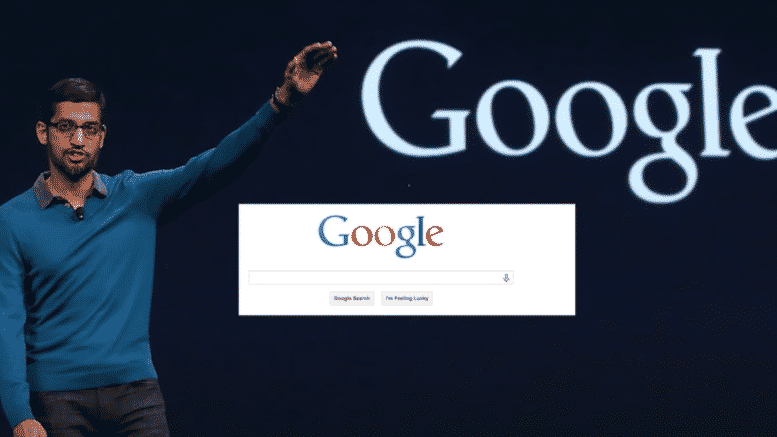 Please Share This Story!
PDF 📄
There is no doubt that Google exercises monopoly power and control over the Internet. The Department of Justice has finally decided to act, and several states have already decided to join the lawsuit. This opens the door to other anti-trust suits against other tech giants like Facebook and Twitter. ⁃ TN Editor

The Justice Department on Tuesday sued Google for antitrust violations, alleging that it abused its dominance in online search and advertising to stifle competition and harm consumers.

The lawsuit marks the government’s most significant act to protect competition since its groundbreaking case against Microsoft more than 20 years ago. It could be an opening salvo ahead of other major government antitrust actions, given ongoing investigations of major tech companies including Apple, Amazon and Facebook at both the Justice Department and the Federal Trade Commission.

“Google is the gateway to the internet and a search advertising behemoth,” U.S. Deputy Attorney General Jeff Rosen told reporters. “It has maintained its monopoly power through exclusionary practices that are harmful to competition.”

Antitrust cases in the technology industry have to move quickly, he said. Otherwise “we could lose the next wave of innovation.”

The Justice Department isn’t seeking specific changes in Google’s structure or other remedies at this point, but isn’t ruling out seeking additional relief, officials said.

Lawmakers and consumer advocates have long accused Google, whose corporate parent Alphabet Inc. has a market value just over $1 trillion, of abusing its dominance in online search and advertising to stifle competition and boost its profits. Critics contend that multibillion-dollar fines and mandated changes in Google’s practices imposed by European regulators in recent years weren’t severe enough and that structural changes are needed for Google to change its conduct.

Google responded immediately via tweet: “Today’s lawsuit by the Department of Justice is deeply flawed. People use Google because they choose to — not because they’re forced to or because they can’t find alternatives.”

The case was filed in federal court in Washington, D.C. It alleges that Google uses billions of dollars collected from advertisers to pay phone manufacturers to ensure Google is the default search engine on browsers. Eleven states, all with Republican attorneys general, joined the federal government in the lawsuit.

But several other states demurred. The attorneys general of New York, Colorado, Iowa, Nebraska, North Carolina, Tennessee and Utah released a statement Monday saying they have not concluded their investigation into Google and would want to consolidate their case with the DOJ’s if they decided to file. “It’s a bipartisan statement,” said spokesman Fabien Levy of the New York State attorney general’s office. “There’s things that still need to be fleshed out, basically,”

President Donald Trump’s administration has long had Google in its sights. One of Trump’s top economic advisers said two years ago that the White House was considering whether Google searches should be subject to government regulation. Trump has often criticized Google, recycling unfounded claims by conservatives that the search giant is biased against conservatives and suppresses their viewpoints, interferes with U.S. elections and prefers working with the Chinese military over the Pentagon.

Rosen told reporters that allegations of anti-conservative bias are “a totally separate set of concerns” from the issue of competition.

Google controls about 90% of global web searches. The company has been bracing for the government’s action and is expected to fiercely oppose any attempt to force it to spin off its services into separate businesses.

Google = CIA! That’s a FACT! ALSO a FACT, is that google, FB, twitter, ect were ALL STARTED WITH TAX-PAYER $$$$$. And continue to be funded with Tax-payer $$$$. We, The People OWN ALL OF IT! That goes for the Internet itself! Which was born from the Military Industrial Complex (ie OUR TAX DOLLARS)!! We, The People OWN ALL OF IT! So, for these Figureheads (Suckerberg, Dorsey et al) to sit there and DICTATE to we TAX-PAYERS what ‘is’ and what is ‘not’…….they need to be in PRISON!!! If Tax Payers paid for it….WE OWN IT! It’s no different than… Read more »

I totally agree that Google censors people who have conservative views. These megalithic corporations like Google, Facebook, Twitter etc. have way to much power and it should be stopped.

I could be wrong here but I doubt. This alleged anti-trust violation allegedly aimed at Google is probably just more public theater. Maybe the US justice department could help us out by putting an end to the human rights violations of tyrants, bureaucrats, politicians and judges right here in the United States. But then again. I don’t expect any type of justice or assistance from foxes guarding the hen houses. The best that I can hope for is for God to keep my life out of the hands of demons posing as human beings.