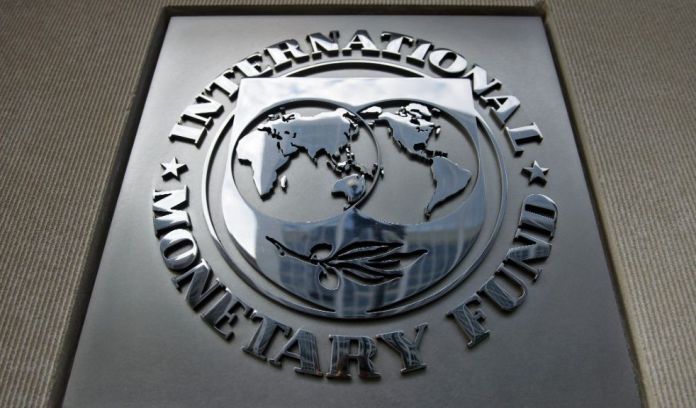 A day of reckoning is approaching for rogue forms of money like digital blockchain currencies, when they run head into the global banking cartel. While the Bitcoins of the world are proving a point, global Technocrats have no intention of releasing their current hold on economic and monetary transformation. ⁃ TN Editor

The International Monetary Fund (IMF) has recently pushed out a staff discussion note called “Fintech and Financial Services: Initial Considerations” which provides a wealth of detail in how the organisation takes view on the current rise of cryptocurrencies.

The IMF paper focusses largely on the role DLT can play in cross-border payments and ends on the role that the organisation feels they can play on a global scale to coordinate and regulate digital assets, largely, it appears, by supporting the role of central banks in their quest for creating their own CBDCs and assisting in designing the future regulatory environment.

The key findings include the following:

The international organisation also calls for  jurisdictions to revise rules governing ownership and contractual rights and obligations when it comes to digital assets.

“DLT records the transfer of ownership of “digital tokens,” which are essentially units in a ledger. They can either have intrinsic value themselves (an “intrinsic token” like Bitcoin), or be digital representations of a physical or digital asset that exists outside the ledger (an “asset-based token” representing an interest in another asset such as securities). The legal status of a digital token, and the legal effect of its transfer are not clear. For example, would the transfer of an asset-backed token (e.g., representing a security) on a ledger transfer legal ownership of the security or would registration outside the ledger (e.g., in a corporate share registry) still be required? Jurisdictions are trying to develop answers to these questions but country practice varies. The resolution of these questions is crucial for the economy to function and will require more thought by policymakers.”

The IMF paper notes that:

” …in their current form, virtual currencies are not likely to be adequate stores of value given the volatility in their exchange rates to fiat money. This same volatility would undermine hub-and-spoke networks, as two “foreign exchange rate” conversions are needed: when the token is acquired, and when it is sold. Even if the virtual currency is held for very short periods, the transaction involves foreign exchange rate risk. FX risk could potentially be hedged, although costs could then rival those of correspondent bank transfers.”

The paper adds a Central Bank Digital Currency (CBDC) might resolve the coordination problem over new virtual currencies, and could lead to even more technological innovation. But adds that it might allow the central bank to retain control of monetary policy effectiveness, in case privately-issued virtual currencies started to gain significant ground.

A DLT-based CBDC could also be more secure and resilient than current settlement systems which are exposed to single point of failure risk. Finally, by facilitating small value payments, it could boost the adoption and efficiency of the new, decentralized, service economy. However, CBDCs raise multiple potential costs and risks, such as managing the platform and its integrity, resolving scalability, and dealing with issues of privacy.

Here’s another good look at how crypto currency could be used against us by the elite.

If this Technocracy News website had a better comment section, you’d probably get more attention and activity and dialog on these topics. Right now, commenting here is a PITA hassle, every post must be ‘approved by moderator’ can’t get an avatar (which helps locate your comment in a thread by visual recognition) , AND you have to type in a stupid code for each comment. Can you make it any harder for people to comment on these articles, Technocracy News?!? I’m getting to the point I am not going to bother with this website any longer. Your articles can be… Read more »

Pyra- if you had to deal with the boatload of spam, obscenities and troll comments that routinely attempt to get posted here, you would do the same thing. I don’t let the garbage get through, and that’s just the way it has to be.

One will be taxed and lose value to inflation. The other won’t. Guess which wins.

So, that’s what I have always thought, bitcoin was only a life-size test for the next medium of exchange, not a genius invention of a perfect unknown in the dark of his garage to oppose the system!
Bitcoin is a prototype developed by the system!

Get rid of cash. Drive people into cryptocurrencies. Narrow it down to just one system like ACChain. Next, get every global citizen tagged with a ‘biometric’ Digital Financial ID. Except that they don’t mean ‘biometric’ according to its definition, but something all the big names are investing in: nano-sized injectable biosensors. The UN calls it ID2020: have a global ID system up and running by 2030, and every global citizen ‘included’ by 2030. Vaccinations are their so-called ‘Entry Point’. Last December, Pope Francis hosted the Time + Fortune Global Forum. Together with the world’s top 500 corporations and banks, he… Read more »