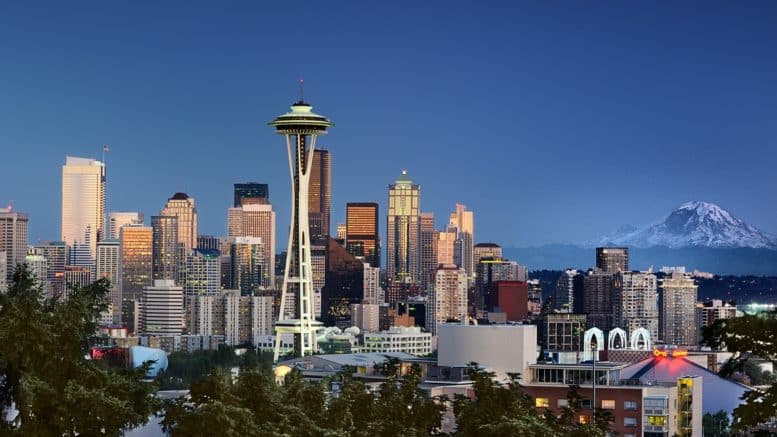 The resolution calls for the passage of a federal Green New Deal, and affirms Seattle’s commitments to “…ensuring that our City can effectively respond to the climate crisis, transition away from its dependency on fossil fuels, and protect our most vulnerable residents while building Seattle’s climate resiliency.”

“We have 10 years to radically transform our city and our economy to eliminate fossil fuels,” said O’Brien. “If you don’t think the climate crisis is on our front step, remember the reality that people are developing asthma because of our air quality. Our tribal communities are having to move due to rising sea levels. All of us have to deal with summers filled with smoke due to forest fires. This Green New Deal resolution alone won’t solve the crisis, but I believe it is possible for Seattle to lead in solving the climate crisis by eliminating fossil fuel use in our city over the next decade and creating a clean economy.”

O’Brien reiterated the dire need to take bold action during the August 5 Council Briefingand reminded his colleagues of the grave consequences of inaction during a news conference August 6.

“We cannot continue to fight climate change with soft action. We have to be bold,” said Nancy Huizar, Climate Justice Organizer for Got Green. “Through canvassing efforts by Got Green, we heard our community’s demands for fair green jobs, transit, healthcare and childcare, healthy food, and renewable energy. This resolution establishes these goals, and ensures our community’s needs are being heard.”

The Sierra Club defines the Green New Deal as mobilizing “vast public resources to help us transition from an economy built on exploitation and fossil fuels to one driven by dignified work and clean energy.”

“Seattle is positioned to be a national leader in addressing climate change by setting the goal of being climate pollution-free by 2030,” said Matt Remle, a member of the Standing Rock Sioux Tribe and co-founder of Mazaska Talks. “Seattle is also setting a strong example by ensuring in its legislation its intent to work with local and regional indigenous tribes on assessing the impacts of climate change, and centering native voices when addressing those impacts.”

Selected highlights of the Resolution include making Seattle climate pollution-free by 2030; prioritizing public investments in neighborhoods that have historically been underinvested in and disproportionately burdened by environmental hazards and other injustices; exploring the creation of Free, Prior, and Informed consent policies with federally recognized tribal nations; and, creating a fund and establish dedicated revenue sources for achieving the Green New Deal that will be used to make investments in communities, along with an associated accountability body.

I would like to know who has moved because of rising sea levels.

It’s all alarmist nonsense. Australia is donating $500 million to Tuvalu (island in the Pacific) to help them overcome rising sea levels, however, there is no evidence of sea level rises. I’ve suggested the grant be tied to sea level rises and that if, in five years the sea level hasn’t risen significantly, the money be repaid.