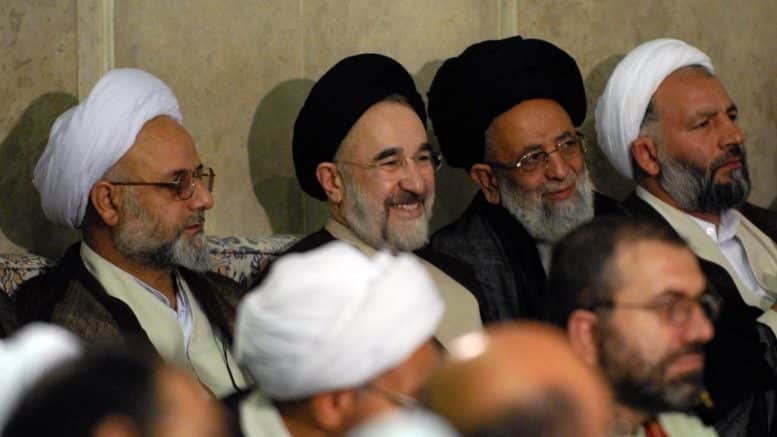 TN has consistently pointed out the more-than-casual links between modern Islam and Technocracy. Here is an article by a Muslim who laments this incursion of Western thought. ⁃ TN Editor

An overview of the evolution of nearly four decades of Islamic revolution shows that what was the main component of the advancement and advancement of this divine movement is relying on monotheistic faith and indigenous beliefs based on Islamic teachings. As the effects are of these teachings on the various elements of the Islamic revolutionary software can be seen.

The glorious history of the holy defense is a symbol of the effectiveness of the jihadist management, and now, in the Islamic Revolution in the fourth decade, relying on the power of the people and the interior to advance Islamic Iran, the image of the efforts of all the caricons of the revolution, is again the jihadist management that rescues this sensitive arena And strategic.

However, jihadist and jihadist leaders managed to pass the country away from the unpopular imposed war in the first Islamic Revolution in the first decade, but in the second decade of the revolution we saw the reign of the so-called technocrats. Managers who, although claiming to pay expertise, in fact defined expertise against a commitment and were left unidentified by a Islamic regime director under the charge of the revolutionary authorities.

The managers, who, in the wake of the construction of the government and its chairman, rehearsed Western planning for national development, they rewrote the transcripts of the Western prescriptions and prescriptions for so-called modern Iran. Accordingly, technocrats have turned away indigenous, religious, and revolutionary values on the development path. For example, out of a total of 625 people who participated in setting up and approving the “final draft of the second development plan”, only one person was a seminary, the post is “Deputy of Endowment Organization”; he has participated in one of the planning committees. The review of the status of the organization of the former Bundestag and the former administrative and employment organization confirms this view.

The technocrats’ management flow did not survive only in the economic arena and entered the political phase, with the build-up party of the builders-builders rising. Years later, in the 2014 elections, a stream that coincided with the same technocratic leadership once again managed to reach the realm of power in the executive branch, and again the management of technocrats with liberal doctrines again became the powerhouse.

This managerial trend believes that developmental patterns must be pursued in accordance with what is defined in the West, and the prescribed management pattern is also “instrumental management”, that is, a disconnected management of revelatory teachings and reliance on humanity. This management seeks to accept globalization and globalization as a norm and surrenders to it. However, this spectrum of inaccurate executives reads “illiterate” and “inexperienced” and tries to pull out the spectrum from the field.

Technocratic leaders in the eleventh government have gained reliable seats, especially in economic areas, as key ministries and sensitive posts are available to them. Bijan Zanganeh, Minister of Construction and Reforms, has taken over the Ministry of Oil. Massoud Neely is a liberal technocrat economist who is an industrial development strategy and a third development plan for his team. He is the economic advisor to the president and responsible for the macroeconomic planning of the state. Managers such as Akbar Turkan and Mohammad Reza Nematzadeh also have a strong and effective government in the government.

But the technocrats’ management loop that affects the eleventh state has some features:

Wealthy and capitalist executives: some 11th-century government executives have a wealth of thousands of dollars on the basis of their own figures. In general, it can be said that a significant number of economic managers of the eleventh government have, in recent years, embarked on private sector activities, and now operate in parallel both in the government and in the private sector. For example, Mr. Mohammad Reza Nematzadeh, Minister of Industry, Mine and Trade, is a member of the board of directors in 12 private companies that date most of them since 2009.