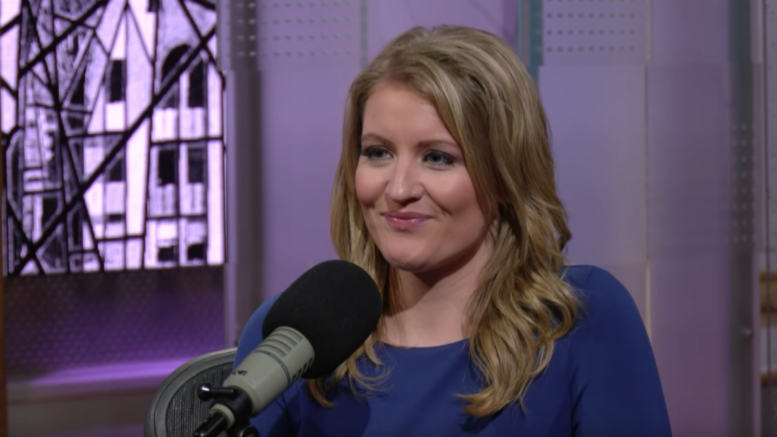 Posted By: Jenna Ellis via The Federalist April 8, 2020

Please Share This Story!
PDF 📄
This is a must-read article by constitutional attorney Jenna Ellis on the slippery slope of Constitutional degradation when government authorities pick winners and losers in private society. ⁃ TN Editor

It’s a dangerous precedent that government could consider itself the arbiter of private essential services.

In response to the Wuhan coronavirus, state governors and local leaders have issued wide-ranging executive orders requiring closure of “non-essential” businesses. This affects churches, including imposing criminal penalties for noncompliance in some instances. Some churches have pushed back by simply holding mass services anyway, and several pastors — most prominently in Florida and Louisiana — have been criminally charged.

Many people are wondering, how is this America? Is this constitutionally sound when we have First Amendment protection?

Where We Came From

Our Founding Fathers recognized the inherent tension between protecting fundamental individual rights (such as religious liberty and freedom of assembly) that are God-given and pre-political but not absolute, and the necessary regulatory and enforcement power of government that is specific and limited. Necessary power is proper, because how could a government protect individual rights and overall health, safety, and welfare without the power to do so? But give a government too much power, and it will trample individual rights and liberty.

James Madison contemplated this paradox in Federalist 51: “If men were angels, no government would be necessary. … In framing a government which is to be administered by men over men, the great difficulty lies in this: You must first enable the government to control the governed; and in the next place oblige it to control itself.”

This paradox to balance government power and individual rights has been litigated throughout American jurisprudential history and always goes back to the U.S. Constitution. Our supreme law was shaped upon our founding premise: American individuals retain all our rights; government has limited powers through our consent.

So while this COVID-19 pandemic presents new facts and circumstances, the underlying principles are the same ones attorneys have analyzed since the founders argued about what specific powers to grant the government at the 1787 Constitutional Convention.

American jurisprudence has in general kept a good balance between protecting individual rights and preserving necessary powers for government. Our balance of powers has also recognized within our federalist system that state governments are closer to the people. Because of that, the federal government has fewer and very specific, limited powers.

The 10th Amendment provides the basis for the state government’s inherent police powers, which have been acknowledged by the judiciary to establish and enforce laws to protect the health, safety, and welfare of all people within the state’s jurisdiction. We’re familiar with examples of this authority in fire codes, food safety regulations, and the state criminal code.

Where We Are Now

Most states appear to be implementing stay-at-home orders through legislatively determined emergency powers granted to the governor. However, some states are attempting to impose orders beyond state constitutional authority.

In South Carolina, for instance, the executive must get consent from the state’s General Assembly to continue a state of emergency beyond 15 days. Virginia’s governor imposed a stay-at-home order until June 10, well beyond a reasonable definition of “emergency,” as even the federal government has provided guidance and recommendations for only 30 days beginning March 31. In Texas, litigation has already reached the 5th Circuit over what type of business is considered “essential,” and many people are concerned elective procedures such as abortion are considered “essential” in some states while church services are not.

This notion of deeming private business “essential” or not is probably the biggest challenge and constitutionally problematic issue in state and local orders. This is arbitrary, and it’s highly doubtful this action would pass constitutional muster. While government has inherent police power via the 10th Amendment, private actors have the right to equal protection via the 14th Amendment.

Government can determine essential versus non-essential workers within its own employees in the context of a shutdown, which we saw as recently as last year. But there is no constitutional authority on the federal or state level that allows government to subjectively determine who and what is essential for private workers, including during a national health emergency. States are issuing orders without providing complete criteria for how they are making these determinations. There is arguably no metric that could possibly satisfy constitutional scrutiny.

It’s alarming that some ongoing litigation concedes the threshold question of a government’s ability to determine essential private services, and instead only argues for a particular service to be included in the “essential” list. That threshold question should be challenged.

This is true! But so is it illegal for everything else they are doing. The leaders in Israel told the people they could not keep the Passover in Israel which was commanded by God forever, which is proof the Bible is true. “And this day shall be unto you for a memorial; and ye shall keep it a (religious ceremony) feast to the LORD throughout your generations; ye shall keep it a feast by an ordinance forever.” Exodus 12:14. The Christians are to gather as well in worship, and prayer, and partake the Lord’s supper in remembrance of the crucifixion… Read more »

In some places liquor stores and gun shops are essential services. Liquor is being permitted to be provided with food takeout and delivery and liquor stores can make deliveries. I suppose guns are essential if you need to hunt for food, but hunting while staying at home is hard.