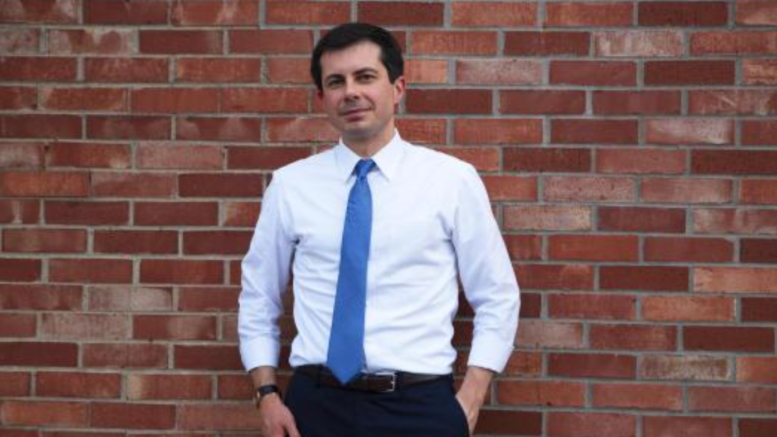 Please Share This Story!
PDF 📄
Oregon was the first state to consider a mileage tax that would track all of your mileage, with a GPS device, on which roads or streets you drove, and then send a personalized tax bill to each driver. Excess mileage could be charged an extra carbon tax. Now Buttigieg is bringing this to the national level. ⁃ TN Editor

U.S. Transportation Secretary Pete Buttigieg ruled out plans on Monday to increase in the federal gas tax or charge drivers a fee based on miles driven to pay for the Biden administration’s $3 trillion infrastructure plan.

“That’s not part of the conversation about this infrastructure bill,” Buttigieg told CNN on Monday when asked about implementing a vehicle-miles-traveled fee in lieu of taxes paid at the gas pump. “Just want to make sure that’s really clear,” he added. “But you will be hearing a lot more details in the coming days about how we envision to be able to fund this.”

Buttigieg also dismissed the suggestion of a gas tax increase to pay for rebuilding the nations roads, tunnels and bridges but he said measures being discussed “are carefully thought through, responsible ideas that ultimately are going to be a win for the economy.”

The comments comes as the Biden administration prepares to roll out a large infrastructure package Wednesday that is expected to cost as much as $3 trillion.

Great. Now the government knows everywhere you went to and when, forever. You can also issue automated speeding tickets.

Why not bypass all the games and just put an implant in everyone. Then you can tax every exhalation for carbon dioxide. You can tax every French fry consumed to fund Obama care – or every trip to a fast food restaurant.

That is the plan. And he causeth all both small and great, rich and poor, free and bond, to receive a mark in their right hand, or in their foreheads: and that no man might buy or sell, save he that had the mark or the name of the beast, or the number of his name. Here is wisdom Let him that hath understanding count the number of the beast: for it is the number of a man; and his number is Six hundred threescore and six. Revelation 13:16-18 KJV

An infrastructure tax for miles driven can be easily instituted at the pump. This method of tracking is about surveillance and control.

Weirdo is a liar.
Nothing the dems are doing is going to benefit America.
Nothing!

As if rural people and farmers weren’t already disadvantaged now this. Consider o city dwellers, all your food is shipped to you most of it over the roads.