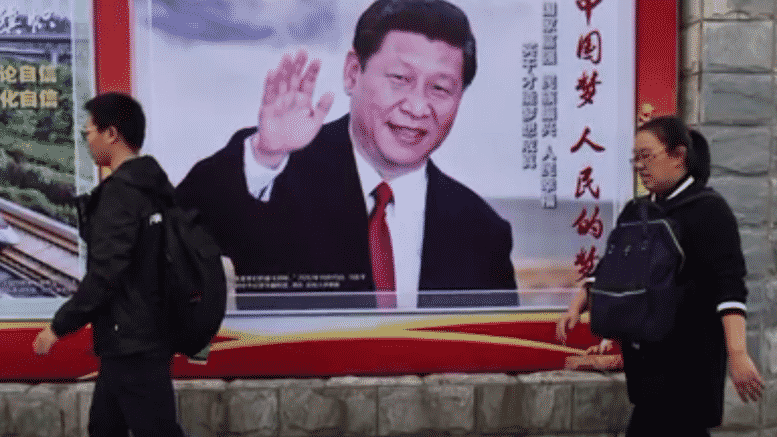 China aims to bankrupt ‘untrustworthy’ citizens, driving them to extinction. This is the harbinger of total Scientific Dictatorship where the ‘system’ does all the thinking and simply bans under-performers. No appeal or dissent is allowed. ⁃ TN Editor

Millions of Chinese nationals have been blocked from booking flights or trains as Beijing seeks to implement its controversial “social credit” system, which allows the government to closely monitor and judge each of its 1.3 billion citizens based on their behaviour and activity.

The system, to be rolled out by 2020, aims to make it “difficult to move” for those deemed “untrustworthy”, according to a detailed plan published by the government this week.

It will be used to reward or punish people and organisations for “trustworthiness” across a range of measures.

A key part of the plan not only involves blacklisting people with low social credibility scores, but also “publicly disclosing the records of enterprises and individuals’ untrustworthiness on a regular basis”.

The plan stated: “We will improve the credit blacklist system, publicly disclose the records of enterprises and individuals’ untrustworthiness on a regular basis, and form a pattern of distrust and punishment.”

For those deemed untrustworthy, “everywhere is limited, and it is difficult to move, so that those who violate the law and lose the trust will pay a heavy price”.

The credit system is already being rolled out in some areas and in recent months the Chinese state has blocked millions of people from booking flights and high-speed trains.

According to the state-run news outlet Global Times, as of May this year, the government had blocked 11.14 million people from flights and 4.25 million from taking high-speed train trips.

The state has also begun to clamp down on luxury options: 3 million people are barred from getting business class train tickets, according to Channel News Asia.

The aim, according to Hou Yunchun, former deputy director of the development research centre of the State Council, is to make “discredited people become bankrupt”, he said earlier this year.