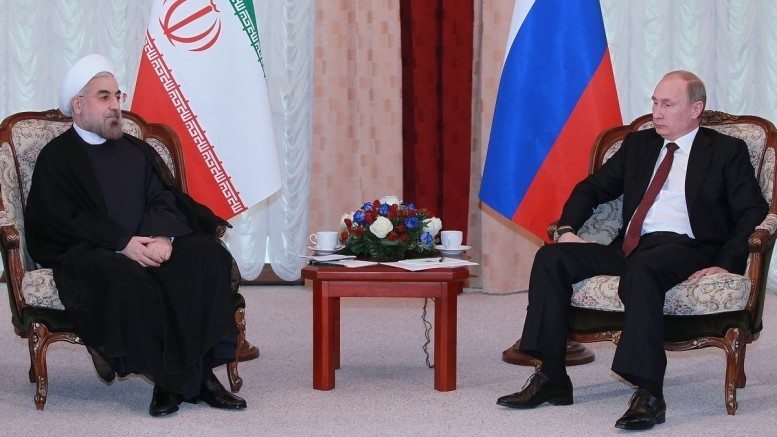 Please Share This Story!
PDF 📄
TN Note: There is an irony for a major oil producing nation to join the 2030 Agenda. Namely, the U.N. has pledged to obsolete fossil fuels altogether, which would eliminate Iran’s major source of foreign exchange.

Addressing a meeting of the UN General Assembly in New York on Wednesday, Gholamali Khoshroo commended all the parties involved in the process of finalization of a document entitled “Transforming our World: The 2030 Agenda for Sustainable Development”, adopted at the UN two weeks ago.

He made it clear that Iran is committed to engaging constructively in the implementation of the Agenda at all levels, and voiced Tehran’s readiness to cooperate with the public and private sectors in this regard.

What follows is the full text of the Iranian diplomat’s speech:

Let me start by thanking the Secretary-General for his report on the work of the Organization, contained in document A/70/1.

Seventy years after the establishment of this organization, the vision of its founders, contained in the Charter of the United Nations, is still the beacon for our collective efforts towards achieving the goals of the United Nations. In the course of these seventy years, so many things have changed, but not the aspirations of “We, the peoples of the United Nations”, who want “to live together in peace with one another” and who have faith in “fundamental human rights, in the dignity and worth of the Human person”. Today, more than any time before, we need to realize the purposes of this organization, and to respect and reaffirm its principles.

The world today is full of perils and hopes. The ideals of the Charter have never been so within reach, and at the same time, the challenges to them have never been so grave. Through our collective endeavors we have achieved a lot, but much more remains to be done.

The past year has been a typical example of the years in the history of this organization: a year of great achievements and big disappointments. On one hand the ambitious 2030 Development Agenda was finalized and the Joint Comprehensive Program of Action between Iran and the group of 5+1 was concluded; and on the other hand, the people of Palestine still live under occupation, many people in our region from Syria to Yemen are living under miserable conditions, and the brutalities of extremist groups like Daesh, Al-Nusra Front and Boko-haram continue.

Let me briefly reflect on some of the main areas of the activity of the organization:

In the field of international peace and security, the successful conclusion of the negotiations between the Islamic Republic of Iran and the P5+1 countries and the EU, resulting in the Joint Comprehensive Plan of Action (JCPOA) and endorsed by the Security Council, proved that with seriousness, good faith and a win-win mindset, diplomacy can unlock even one of the most complex issues. During the course of negotiations, we showed that there should be nothing on the table other than logic, respect, the power of reasoning mutual interests.

We believe this deal not only transforms the dynamics of interaction between my country and the international community, but also has important positive ramifications for the entire region, and can help facilitate more cooperation in various fields, from security to development to environment issues. The Islamic Republic of Iran is consistent and sincere its call for forming a regional platform for dialogue in our region in the Middle East is imperative .This Regional dialogue ought to be carried out based on common goals and principles , as enshrined in the Charter, namely respecting the sovereignty, territorial integrity and political independence of all countries , to refrain from intervening in other countries’ domestic affairs, settlement of disputes peacefully, prevent the threat or use of force, strive for peace and stability, and achieve progress and prosperity for all.

The Islamic Republic of Iran underlines the imperative of total elimination of nuclear weapons, as a requirement for international security and an obligation under the NPT, which is long overdue. We regret that as a result of the opposition by a small minority, the 2015 NPT Review Conference could not achieve its objectives.

We are grateful to Member States for their support, enabling the Assembly to adopt by consensus resolution A/68/127 titled “A World against Violence and Violent Extremism” (short for “WAVE”), which had been initiated by  President Hassan Rouhani of the Islamic Republic of Iran in 2013. As the current situation and escalation of violent extremism and terrorism in our region testifies to the pertinence of this resolution and the idea behind it, we need to revisit this resolution during this session of the Assembly. In this regard, we earnestly await the draft Comprehensive Plan of Action on Combating Violent Extremism that the Secretary-General is to present to the Assembly in coming months.

We believe the issue of development should always have a high place in the agenda of this organization. In this regard, let me commend all those involved in the process to finalize the outcome document entitled “Transforming our World: The 2030 Agenda for Sustainable Development” that our leaders adopted two weeks ago in this august body.

As the agenda is adopted, our undertakings begin. The challenges ahead of us in this regard should be met collectively in a resolute and coordinated manner, through the United Nations System. Implementing the ambitious Sustainable Development Goals demands for more inclusive and non-discriminatory provisions, particularly regarding the finance and transfer of technology and associated know-how for moving towards a truly global partnership.

The Islamic Republic of Iran is committed to engaging constructively in the implementation of the Agenda at all levels, and in this regard, we welcome cooperation with the public and private sectors.

The situation in our region shows that how our challenges in this globalized world are interconnected and mutually reinforcing. Our region is not only facing dire climate conditions, due to climate change, but it is also grappling with the scourge of terrorism and violent extremism. While terrorists damage the environment, they also push the sustainable development out of the agenda of countries, forcing them to spend their national resources on fighting insecurity. We are extremely concerned about the situation in parts of the region, especially Syria, Yemen and Libya, which has inflicted untold misery to the people and has enabled the extremists to continue their savagery. The UN system should assume a more active role and do whatever in its power to find peaceful solutions to these situations and to end these tragedies.

Before conclusion, let me reiterate the relevance of the principles based on which this organization was founded. Sovereign equality of all Member States, peaceful settlement of international disputes and refraining from threat or use of force in international relations are cornerstones upon which this organization is built and continue to function.

The Islamic Republic of Iran, reiterating its unwavering support to the work of the United Nations based on its Charter, is ready to engage with all Member States to further the UN goals, and collectively tackle the challenges the humanity faces as a whole.

I thank you, Mr. President.