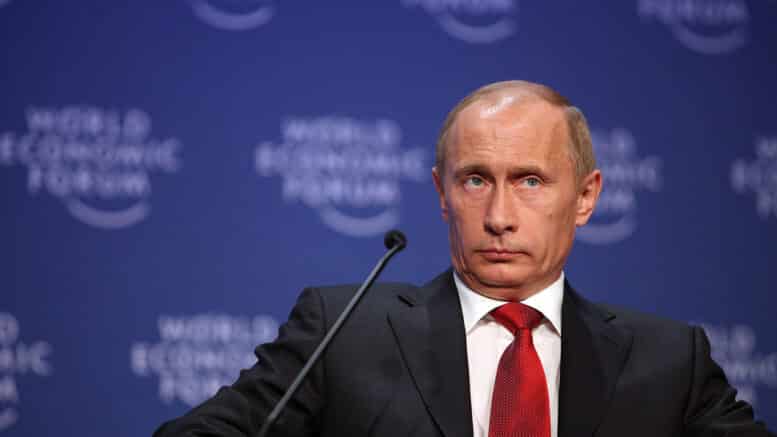 Please Share This Story!
PDF 📄
Putin is the first national leader of prominence to verbalize the idea that Big Tech companies are in direct competition with national governments to control societies. In America, the government still thinks it exercises control over Big Tech as part of society. ⁃ TN Editor

Russian President Vladimir Putin on Wednesday warned against the increasing influence of large technology companies, which he said are “competing” with states.

His comments came as Russia ramps up pressure on the activities of foreign internet companies, which are not subject to state censorship unlike the majority of the country’s media outlets.

“These are not just economic giants. In some areas they are already de facto competing with the state,” Putin said during his address to the Davos virtual economic summit.

The Russian leader said it is unclear where the line is between a “successful global business” and “attempts to crudely, at their own discretion, control society”.

“We just saw it all in the United States,” he added, referring to riots earlier this month in Washington led by supporters of then US President Donald Trump.

Moscow earlier this week accused US tech giants of interfering in Russia’s internal affairs, in particular during anti-government protests led by supporters of jailed Kremlin critic Alexei Navalny on Saturday.

Ahead of the rallies, Russia’s media watchdog Roskomnadzor ordered several online platforms, including YouTube and Instagram, to delete posts by users calling for protesters to attend demonstrations.

On Wednesday, the chairman of the lower house State Duma’s foreign interference committee, Vasily Piskaryov, said that the head of TikTok’s Russian branch had been invited to parliament for a conversation.

I know most people will say: “Oh, he is just upset about not beeing able to controll big Western tech companies and social media platforms in Russia who are instigating discontent against him or the Russian governtment”. Superficially it might look like the case, however, I think he is the first major world leader who recognised the problem, seen the true revolutionary forces behind the veil of Covid-19, and realised: “If we do not act soon all of our heads of states or countries are going to be history, so we have to fight these Technocrats out of Silicon Valley.… Read more »

I would say that in the USA, the gov is the paid representative of the corporate sector who rules the world. Citizens United finished this argument. Corporations are people…..NOT>

Twenty or so years ago I realized that gov(s) is/are gobetweens between multi nationals and the people.

Your link does not lead to the story for some reason.