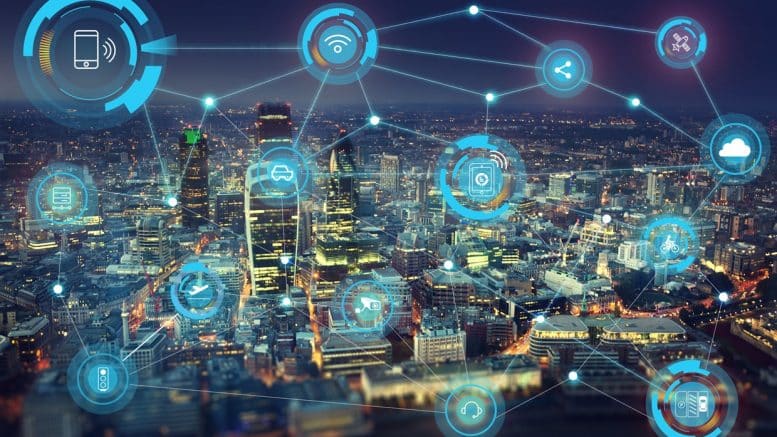 Technocracy’s 1930s claim of being the “science of social engineering” is clearly seen in every aspect of today’s smart buildings and smart cities. Advanced technology is used to monitor, manage, control and predict every conceivable aspect of urban existence. ⁃ TN Editor

Smart cities are rapidly transitioning from sci-fi prediction to everyday reality. Gartner says that implementations have crossed the chasm, moving beyond the basics of implementation to focus on citizen engagement, safety and convenience. Cities like Toronto, with the help of Sidewalk Labs, are among the early movers.

Gartner’s view is perhaps more optimistic and futuristic than the realities of today’s smart city initiatives might substantiate. In the U.S. and abroad, there is still a need to build the infrastructure that can support smart cities. Atlanta, for instance, recently issued a request for proposal to build out a $250 million initiative that includes improved connectivity via Wi-Fi, fiber and cell, as well as sensors to understand and alleviate issues in utilities and traffic. These initiatives also aim to increase safety for citizens of Atlanta with tracking technology that automatically alerts authorities to incidents like fires or gunshots.

Each of the technologies being spotlighted as components of smart cities is already being incorporated into today’s architecture, as modern buildings are providing a quality testbed to identify and implement the technology that will shape the future of cities.

For instance, the ability to collect and analyze traffic data and patterns is already being implemented, at a smaller scale, in sports venues. This has manifested in a variety of ways, with customers having food orders placed via mobile app delivered directly to their seats or venues using the total number of cell signals in a specific spot to determine where they should place pop-up shops to alleviate crowds.

This same technology can be leveraged in smart cities. Because cell phones are largely ubiquitous, city planners have the ability to understand areas that are overcrowded at specific times. This can be vehicle or foot traffic, and cities can take steps to widen sidewalks, install more bike sharing stations or increase public transit to reduce congestion, based on the data. Waymo is an early mover in the space, incorporating autonomous “taxibots” throughout cities that can utilize data such as rain patterns to identify where there is most likely to be increased demand.

More efficient use of the power grid is commonly identified as an advantage of smart cities, but one that’s already taking place in homes and offices today. Consumer-facing efforts like the Sense energy monitor and the W1 by Neurio are already widely available. In commercial property, the ability to monitor the performance of HVAC systems offered by companies like Intel and Microsoft keeps buildings cooler, while lowering costs.

As more electricity is generated through renewable sources, it will become critical to implement further reaching initiatives that cross city and state borders. This is due to the variability of weather patterns — an area that suffers a few days of rain may generate less than typical power through solar panels.

New York has already adopted the plan of making its 5000 buildings smarter with the use of building management systems. It will save a whole lot on energy costs and maintenance functions, and the saved money can be used elsewhere.