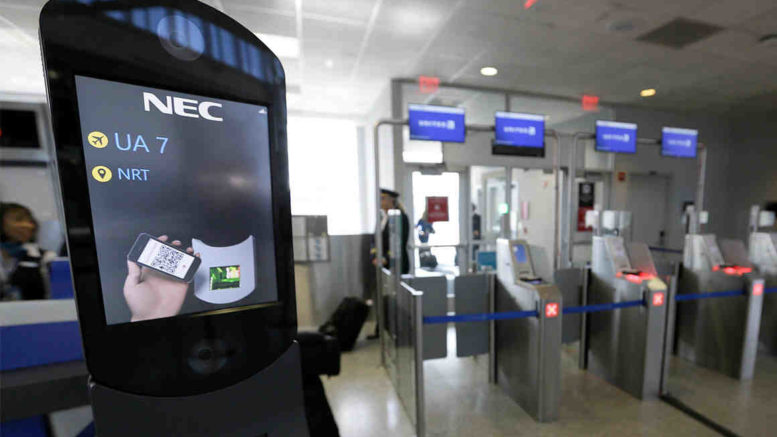 Please Share This Story!
PDF 📄
Other than lull the public into thinking someone is ‘protecting’ them, the Privacy and Civil Liberties Oversight Board has done little, if anything, to stem the rise in facial recognition systems around the nation. ⁃ TN Editor

The Privacy and Civil Liberties Oversight Board, which grew out of a recommendation from the 9/11 Commission, initiated a deep-dive project on facial recognition in aviation security earlier this year, when insiders recognized how TSA and Customs and Border Protection were ramping up the introduction of biometric and facial recognition technology at various points throughout passengers’ airport experiences. On top of the pilot at McCarran, the board is also looking into other facial recognition deployments across TSA and CBP, including the biometric entry and exit programs running at various airports for international departures.

Every project the agency is looking into is part of the Homeland Security Department’s effort to eventually use biometrics to verify nearly all departing commercial air travelers over the course of the next few years.

“Each deployment raises different issues, different operational considerations, different potential privacy concerns,” Adam Klein, the board’s chairman, told Nextgov. “It’s hard to tell at this point what is the most consequential aspect of this, because these technologies are so new and because the agencies are feeling their ways through this as well.”

The board’s ultimate mission is to help the government balance preventing terrorism with protecting public privacy. At its inception, it was set up to serve as a counterbalance to the other recommendations the 9/11 Commission suggested following the 2001 terrorist attacks, including creating the director of national intelligence, the national counterterrorism center, and increased information sharing among intelligence agencies and between intelligence and law enforcement.

In 2007, Congress reestablished the board as a bipartisan, statutory agency within the executive branch. To date, its five members must be appointed by the president and confirmed by the Senate. As the present board works to develop a detailed review over the course of the next year, Klein said it ultimately aims to assess how biometric technology is being leveraged across America to verify passengers’ identities through each phase of their air travel journeys.

“Facial recognition is popping up, so to speak, throughout the aviation process at different airports around the country, but there’s also increasing public awareness and a lot of momentum within [Homeland Security] to move in this direction,” Klein said. “And given the important questions surrounding it, and given also the importance of aviation security as a mission, we thought this would be an appropriate place for us to get involved and take a look at it.”

The entire report is set to be published in 2020. In it, Klein said the board will evaluate things like how each use of the technology compares, whether systems used and data stored are secure, what’s planned with each project and what unplanned uses may pop up, whether mitigation features are necessary to put in place. Officials also plan to determine the ultimate best-case and worst-case implications of the evolving technology. He said it’s critical to ensure that the implementations all fully accord with public expectations, relevant statutes and Homeland Security’s own statements about how it will leverage biometrics going forward and as technology evolves.

“As this develops, its nature will change—and that’s what we’ll want to be tracking,” Klein said.

The board will also engage with experts and stakeholders from nongovernmental organizations, academia, advocacy groups and the private sector that have also looked into these issues and either supported or raised concerns around the tech’s usage.

“So there’s a range of possibilities we try to think through before forming a judgment about things and before making recommendations,” he said.

The project that the board observed at McCarran Airport was conducted in the TSA PreCheck lane in Terminal 3. The pilot ran for about a month and concluded last week, shortly after the board’s trip. During the on-site visit to McCarran, PCLOB participated in a confidential briefing where TSA officials answered their direct questions about the specific pilot, observed how passengers were interacting with the technology and could also take part in the program itself. In this particular test, TSA did not store photos of passengers but instead compared their physical travel documents to a photo taken of travelers’ faces.

Klein went through the McCarran pilot process himself. He said he presented his license at a TSA checkpoint where he’d usually do so with a human officer, but instead, a machine scanned the ID, checked for the presence or absence of various features, then compared the image of his face on the ID to the image of his face that was photographed.

“So essentially, it is doing the exact same thing that the eyes and brain of a human TSA officer would do, but using a facial recognition algorithm instead of our innate human pattern recognition and comparison capabilities,” Klein said. “And it did successfully match my face to my ID, although that’s obviously a very low sample size—so we shouldn’t draw any conclusions from that.”

He was only at the airport for several hours, so he couldn’t offer much detail into the public’s overall reception. However, Klein did share TSA’s perception of people’s reactions.

“They said that there was a fair amount of enthusiasm but that many people are too busy and innately suspicious of anything that will distract them from their travel,” he said.

TSA Spokeswoman Lorie Dankers, who also saw the pilot in Vegas firsthand, told Nextgov Wednesday that it’s important to note that travelers had to opt-in to participate—as opposed to opting out, which is often the case.

“TSA had hoped to get 150 travelers per day to opt-in for purposes of data collection and that was usually achieved by late morning daily due to the curiosity and interest of the traveling public,” Dankers said.