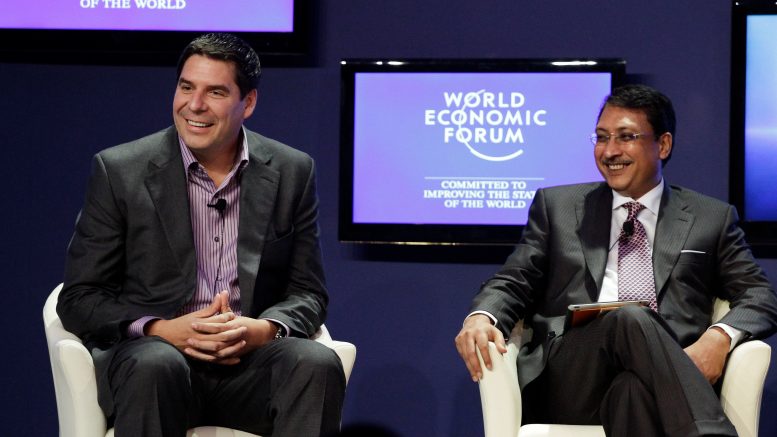 As noted before, 5G will actually enable the Internet of Everything as it provides mobile speeds 10 times higher than current rates. The mobile world is stampeding to implement 5G, regardless of public resistance or safety consideration. Because of ‘small cell’ technology, 5G transmitters will smother communities with high-frequency radiation. ⁃ TN Editor

I recently met with President Trump and other officials at the White House to discuss American leadership in emerging technology. As the President and Congress tackle the important work of reinvesting in America’s aging physical infrastructure, a potentially more important infrastructure upgrade looms — the build out of next-generation wireless networks.

Upgrading American wireless networks to 5G technology will have massive impacts on the U.S. economy and its competitiveness in the decades ahead. Accenture recently predicted that the rollout of 5G in the U.S. will create three million American jobs and drive over $500 billion U.S. GDP growth. More importantly, the upgrading of these networks, which will be funded almost entirely by the private sector, will improve the lives of every American.

5G will perform up to ten times faster than the current 4G networks and enable a tremendous boost in data speed, meaning content that takes minutes to download now will be available in a matter of seconds. It will also be able to deliver ubiquitous connectivity with greater reliability and lower power consumption. The ability to connect billions of devices will drive new innovation and efficiencies, such as autonomous vehicle technology, and will lead to significant advances in the areas of health, energy and public safety. Entire new businesses will be created based on the improved network performance and the capabilities of Americans and their connected devices to process more and more information as they move around the country.

Those of us at Sprint, as well as other wireless, cable and content companies are excited by the promise of this new technology, but it is not without challenges. Unlike today’s networks that are built using large towers scattered every few miles, 5G requires the massive deployment of small cell technology to enable the network to handle the exponential growth of data transmission, which will need to be much denser. In a neighborhood block for example, there may be dozens of small, unobtrusive shoe-box sized cells mounted on street lights, buildings and other public infrastructure.