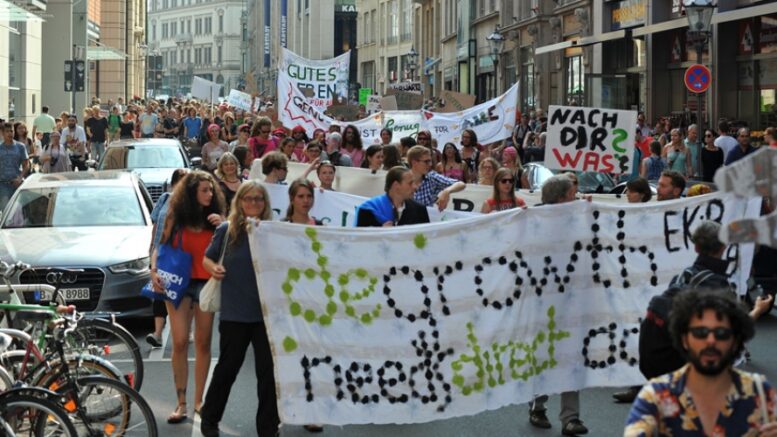 Please Share This Story!
PDF 📄
Radical environmentalists would gladly push the global economy back to around 1850 while proportionately reducing population. This is “degrowth”, or economic regression. When Agenda 21 was first created in 1992, this policy was clear but critics were branded as conspiracy theorists. ⁃ TN Editor

Some environmentalists and economists are pushing for “degrowth” — stabilizing or even shrinking the economy — to avert environmental catastrophe.

The big picture: Degrowthism may seem like the only reasonable response to the climate challenges we face, but the experience of enforced economic shrinking during the pandemic indicates the pain would outweigh the benefits — especially for the world’s poorest.

Where it stands: The global economy shrank by an estimated 4.3% in 2020, according to data from the World Bank.

How it works: However accidental, 2020 represented perhaps the best example we’ve ever experienced of degrowthism in action.

The catch: The very real human pain of 2020 — and the political fallout it created — should be taken as a warning sign to degrowthers.

Between the lines: The strongest argument around degrowth is one rooted in a goal that its own advocates strive for: global equity.

Be smart: With reason, we tend to focus on the huge and growing wealth gap between the ultrarich and the middle class and poor in rich countries like the U.S. But a much bigger gap exists between even the relatively less well-off in the developed world and most of humanity.

LibTards keep crying about ‘over-population’…..but I don’t see ANY of them volunteering to OFF THEMSELVES?!?!?!
Just think of how ‘Almost Paradise’ the planet would be WITHOUT any Sociopaths and Psychopaths!!

PSA: Sociopaths and Psychopaths are NOT HUMAN! Treat them as such! ALL Lives DON’T Matter!!!

The WOKE crowd screaming to go Carbon less,will be really upset when its their turn to go to the Soylent Green manufacturer. Oh we dint see thaat, we thought we were ”speshul”