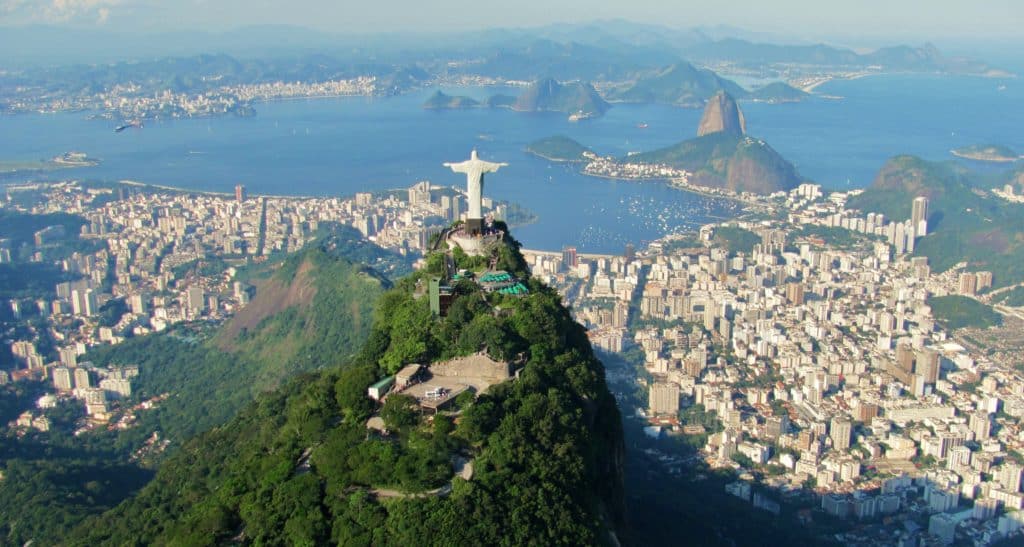 The Peterson Institute for International Economics (PIIE) released a new policy brief, The Amazon Is a Carbon Bomb: How Can Brazil and the World Work Together to Avoid Setting It Off? The paper demonizes newly elected President Jair Bolsonaro for being the cause of the destruction of the Amazon, which it considers a part of the “Global Commons.” The first paragraph sets the tone:

Global warming is widely and correctly blamed for wildfires around the world. But the Amazon fires in Brazil represent a specific government policy failure over many years, especially recently, as Brazilian public agencies that are supposed to curb man-made fires have been deliberately weakened. Fires are set by farmers, cattle owners, and others every year to clear land, but they have risen in number and severity in 2019—since President Jair Bolsonaro took office on January 1 and set about fulfilling his campaign pledge to ease environmental, land use, and health regulations.

PIIE was founded by the late Peter G. Peterson (1926-2018), also a founding member of the elitist Trilateral Commission in 1973, along with David Rockefeller and Zbigniew Brzezinski. Today, PIIE’s board of directors includes a swarm of current and former members of the Commission, including C. Fred Bergsten, Lawrence Summers, Richard Cooper, Stanley Fischer, Robert Zoellick, Alan Greenspan, Carla A. Hills, George Schultz, Paul Volcker, among others. In short, PIIE is run by the cream of the global elite.

The Trilateral Commission set out in 1973 to create a New International Economic Order. After reforming the systems of global trade and finance by capturing the Executive Branch of the U.S. Government, Trilateral Gro Harlem Brundtland provided the intellectual fodder for the creation of Sustainable Development and Agenda 21 that was adopted by the United Nations in 1992 in Rio De Janeiro, Brazil.

Although it is easy to look at the United Nations as the source of demonization of populist leaders like Brazil’s Bolsonaro and America’s Donald Trump, few people see the real puppet masters behind the UN.

PIIE has played its Trilateral hand, however, pushing the exact same policies that it pushed onto the UN in the first place: “The fires in Brazil are a classic case of what sociologists call the ‘tragedy of the commons,’ what happens when shared resources are exploited by users pursuing their own livelihoods at the expense of the common good.”

The concept of ‘global commons’ means that the Amazon rainforest does not really belong to Brazil, but rather to the whole world. Thus, Brazil is not free to manage its own resources like other nations, but rather must submit to management by the global elite. No matter that the rainforest represents 60 percent of Brazil’s total land mass.

Laying out the problem in true hysterical form, PIIE states, “Scientists, NGOs, and environmental activists oppose Bolsonaro’s policies, warning that they could set the stage for disaster.” The immediate answer provides that “Societies know how to deal with this problem: through collective action and government regulation.”

Although the Amazon fires should be condemned, it is time for the international community to leave aside its justified grievances with the Bolsonaro administration and cooperate on a strategy to provide the resources to conserve and develop the planet’s largest continuous rainforest.

In other words, the international community should ignore Bolsonaro and pile on Brazil to deprive it of 60 percent of its sovereign landmass.

If the intent of PIIE and the Trilateral Commission is not yet apparent to the reader, let me be clear. The object of the New International Economic Order is and always was to sequester all significant resources of the world into a ‘global commons’ managed by them under the banner of the ‘common good.’

As Trilateral Brundtland defined Sustainable Development in Our Common Future, it “is the kind of development that meets the needs of the present without compromising the ability of future generations to meet their own needs.”

They have convinced the citizens of the world that they are the only benevolent and qualified people to protect us from our supposed selfishness and irresponsibility. Oh, and by the way, they will be sure to save some resources for your children and grandchildren as well.

In any other age of history, this would be called what it is: a scam.