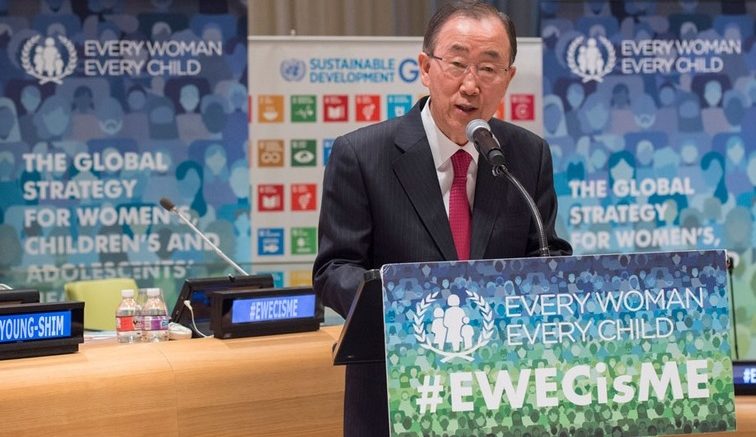 Education is a core element of implementing Sustainable Development, aka Technocracy. It requires a system of human conditioning on a global scale. Technocrats do not value individual talent and abilities, but only the ability to fit into the larger global good. ⁃ TN Editor

A new “Global Education Institute” to further the United Nation’s globalist agenda and ideology in university education was unveiled last week in South Korea. The new scheme has been touted by current and former UN leaders, highlighting its significance.

The purpose was clear. The new institute, named after former UN Secretary-General Ban Ki Moon, is designed to help align higher education with the UN’s controversial UN “Agenda 2030” for “sustainable development.” In fact, its leaders boast about it.

At a July 11 ceremony marking the start of construction of the institute at Handong Global University in Pohang, South Korea, UN leaders and officials showered praise on each other, the UN, and its agenda for humanity. They also offered strong hints about what the new outfit would be doing.

“The three axes of globalization education are peace, development and human rights,” Ban was quoted as saying. Of course, he did not point out that the UN means something very different by the term “human rights” than America’s traditions of God-given, inalienable individual rights.

The new institute is a project of UN Academic Impact, or UNAI, an initiative launched by then-UN boss Ban. Its purpose, according to South Korea’s Yonhap news service, is to “align institutions of higher education, scholarship and research with the UN.” Already, more than 1,000 institutions in 120 countries are formal members of the scheme.

Current UN boss Antonio Guterres, the former leader of the Socialist International, added more on the agenda. “I am pleased to greet all those attending the ground-breaking ceremony for the Ban Ki-moon Global Education Institute,” said Guterres. “The opportunity to enjoy an inclusive and equitable quality education is a prerequisite for improving lives and ensuring sustainable development.”

As The Newman Report explained last week, the UN has already made clear that, in its view, “more education increases the threat to sustainability.”

But Guterres sounded like he never got the memo. “Ban Ki-moon, my distinguished predecessor as Secretary-General of the United Nations, focused unceasing attention on access to education, quality of education, and global citizenship to forge more just, peaceful, and tolerant societies,” he said. “He also founded the . . . UNAI initiative to align institutions of higher education with the United Nations in a shared culture of intellectual social responsibility.”

UN leaders, including known communists, often refer publicly to using “education” to change the values, attitudes, beliefs, behavior and even spirituality of the world’s children.

The UN and its anti-liberty, anti-Christian agenda have already infiltrated public “education” all over the world. And the UN dictators club intends to keep at it until every child on the planet receives a United Nations-approved program of dumbing down and indoctrination masquerading as education. Therefore, the best solution for parents, at this point, is to protect their children from government schools.